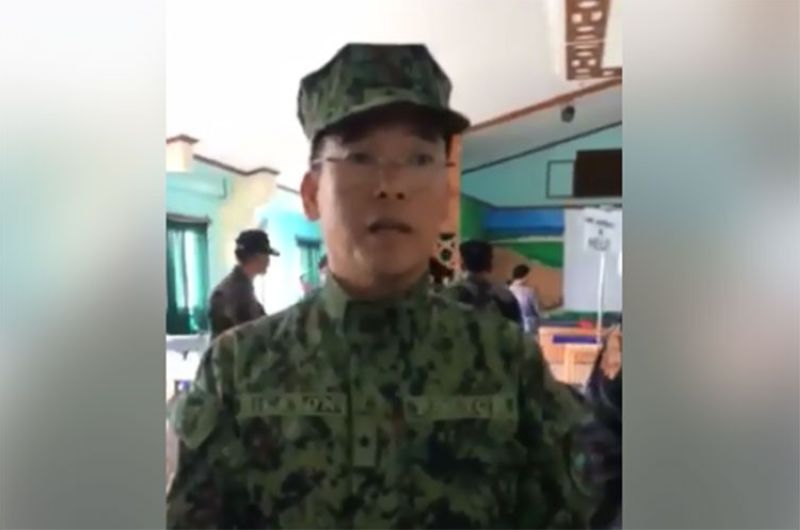 THE chief of the Police Regional Office–Cordillera (PRO-Cor) denied he was inspecting vote counting machines at a warehouse in Baguio City during the Holy Week.

PRO-Cor Director Police Brigadier General Israel Ephraim Dickson, in a statement, said he was at the warehouse of the Commission on Election (Comelec) Baguio to check on his personnel deployed in the area.

PRO-Cor said Dickson personally oversaw the actual deployment of police personnel in preparation of the Oplan Ligtas Sumvac, its election security preparation for the Holy Week and the upcoming midterm elections.

“The activity is a regular police function particularly that the Cordillera region is on full alert status due to the recent atrocities perpetrated by communist terrorist groups in the region and in some areas in the Visayas and Mindanao,” the official said.

Dickson added it was just a coincidence that during the supervision, the VCM’s were being unloaded with no warehouse supervisor from the Comelec.

The PRO–COR official added there were no existing Comelec laws violated.

In a twitter post, Comelec Commissioner Rowena Guanzon said the “PNP Director of Baguio was not given permission by our Regional Director Valeza.”

She said Dickson entered when a logistics supplier not a Comelec official was present.

Guanzon even told Dickson to “Get out!”

“PNP Director of Baguio was not given permission by our Regional Director Valeza .he entered when a logistics supplier not a COMELEC official was present @pnppio my problem is your spokesman talks too fast to defend their own,making me & our Director look like liars. Get out!”