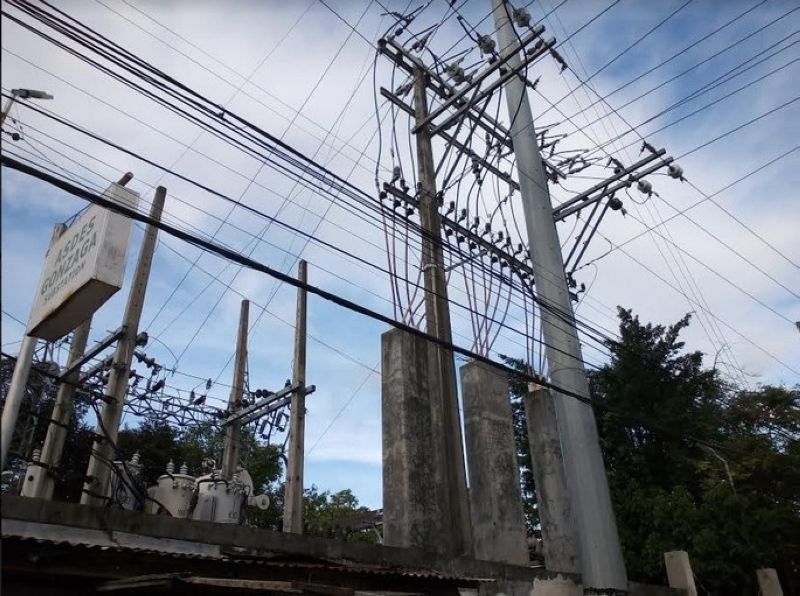 BACOLOD. Power distribution lines of Central Negros Electric Cooperative, one of the utilities in the province catered by the Visayas grid. (Contributed Photo)

CITING the need to ensure power stability amid the increasing growth requirement in the Visayas region including Negros Occidental, a local business group is pushing for a self-sufficient Visayas grid.

Though the two grids are interconnected, Carbon said the Visayas cannot totally depend on the energy reserve of that in Luzon as the latter has also been experiencing power outages.

"We have to generate our own power here," he said, adding that "we have to be self-sufficient to support the power requirement growth in the Visayas averaging from eight to 10 percent."

Citing a data from the National Grid Corporation of the Philippines (NGCP), MBCCI said that energy reserve, referring to the remaining supply obtained from generation capacity minus the maximum demand, in Luzon grid is about 1,000 megawatts (MW).

In the Visayas grid, on the other hand, the energy reserve only averages from 100 to 115 MW, the business chamber said.

Thus, if one power plant of 200 to 250-MW breaks down or will be shut down due to force maintenance, the grid could already experience deficiency resulting in rotational brownouts and unscheduled interruptions, it added.

Carbon said though connection with the independent Mindanao grid is up by 2020, the Visayas grid cannot still rely from the former's excess as power growth requirement there is also rising due to increasing investments and businesses.

"So just like Luzon grid, we might not be able to get additional power supply from Mindanao grid. They might be the one who will tap for augmentation from us," he said.

Carbon, along with other MBCCI officials, met with a team from the Department of Energy (DOE)-Visayas in the chamber's office in Bacolod City on Wednesday.

During the discussion, which focused on the current power situation in the Visayas, the business group aired its concern on not relying to Luzon grid for possible power augmentation.

Carbon said they also asked the DOE about what's the "lineup" in terms of power plants or energy generation projects coming in the Visayas.

"As transmission is another important aspect of the power industry, we also want an update on the interconnectivity project of NGCP," he added.

The transmission utility had earlier said it is upbeat to achieve the target full completion and operation of the Cebu-Negros-Panay 230 kilovolts (kV) Backbone Project in 2020.

NGCP's current transmission capacity from Negros to Cebu is 180 MW, which is relatively lower than the island's generation capacity of at least 300 MW, particularly for renewable energy sources like solar.

The Cebu-Negros-Panay line will translate to an additional transmission capacity of 800 MW between Negros and Cebu.

The excess in power generation in Negros Occidental, particularly due to a number of solar farms, has resulted in glut and congestion in the transmission.

For the Visayas-Mindanao connection project with an "indicative" cost of US$1 billion, NGCP also committed to finish it by December 2020 instead of the initial target of 2022 based on the original plan.

Carbon pointed out that power, along with water and telecommunications, is very vital for economic growth and development.

"Without power, the capability of one area to attract investors and generate jobs for the locals is hampered," he stressed.