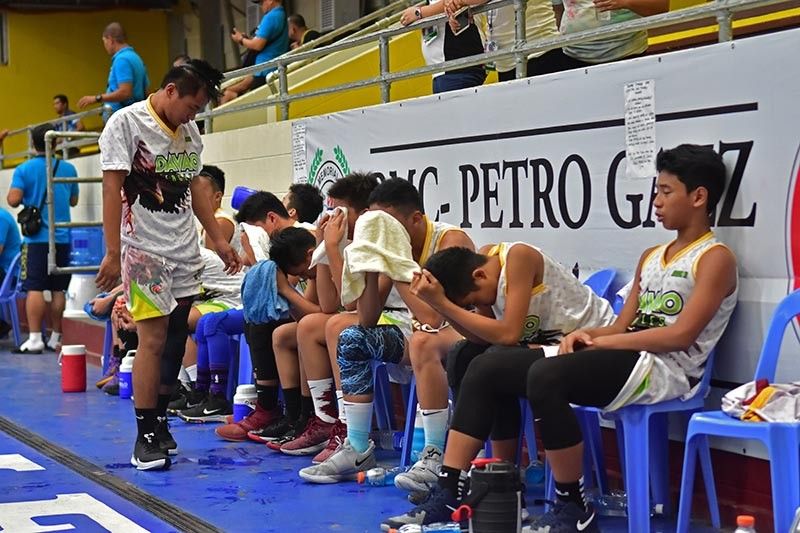 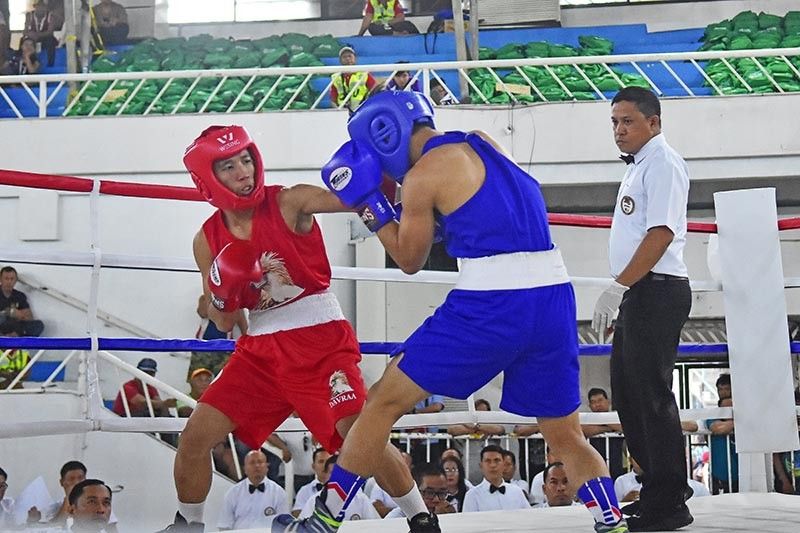 Their efforts, though, are not enough to lift the region's top 10 standing as of 4 p.m. Friday, May 3.

The sacrifices of the wushu champions at last paid off with their sterling feats. They lost about six to seven kilos to reach their respective weight limits. They controlled their diet, only making do with fruits and vegetables, just a little rice (at certain days none at all) and no meat. They also shunned socializing during training. In fact, they only watched the Avengers Endgame Friday, a day after their tournament concluded at Precious International School of Davao.

She last competed in the Palaro in 2016 but she was then entered in arnisanyo. She, however, shifted to wushu as she hates memorizing any routine. But she also learned the ropes of karatedo early in her childhood having been bullied during kindergarten.

"Mas ganahan ko sumbagay og mugamit tiil og kamot (I'd rather play using my fists and legs)," thus, she focused more on wushu with father Arniel as trainer and coach.

The 14-year-old incoming ninth grader at MCHS said he was determined to win the gold from the start as he failed to win any medal in Ilocos Sur last year.

"Lipay kaayo ko nakabawi ko sa akong dula (I'm so happy to be able to redeem myself this time)," he said.

The youngest among six children of a tricycle driver and housewife first engaged in karatedo for one year and won titles before trying out wushu, which he said is a sport that can help him become a national athlete someday and in turn augment the family's income.

MCHS principal praised Barbero and Bustamante, saying, "They really made all of us proud."

Coach Edna Rivera also cited the wushu aces for their hard work and determination to win for Davraa.

Jierson Jake Marquez, 15, an incoming Grade 10 student of Panabo National High School, said his victory is a vindication of him missing action in Palaro last year due to chicken pox.

He said, "Lipay ko nga nagbunga ang training. Worth it ang pag-lose weight. Proud kaayo ko. (My training bore fruit and losing weight was worth it. I feel so proud)."

Marquez used to be a football player but since he lacked the height, which he said was still a consideration before, he was encouraged to play wushu instead.

Austria, an incoming 10th grader at PNHS, said he really did his best to nail the gold. He also annexed a gold in the Antique Palaro but he failed to qualify last year since he lost in the regional meet.

"Naningkamot jud ko kay bug-at sad akong naka-atbang (I really gave my all since my opponent was very strong)," the farmer's son told this writer.

The 17-year-old Diocares, also studying at PNHS, at last left a legacy in his final Palaro stint as he only salvaged a bronze last year.

In basketball, Davraa's elementary boys squad absorbed a 55-61 loss from the hands of Calabarzon region at the Rizal Memorial Colleges Petro Gazz Arena, while the secondary boys and girls volleyball teams also lost to their semifinals rivals at DC-UP Sports Complex multi-purpose gym.