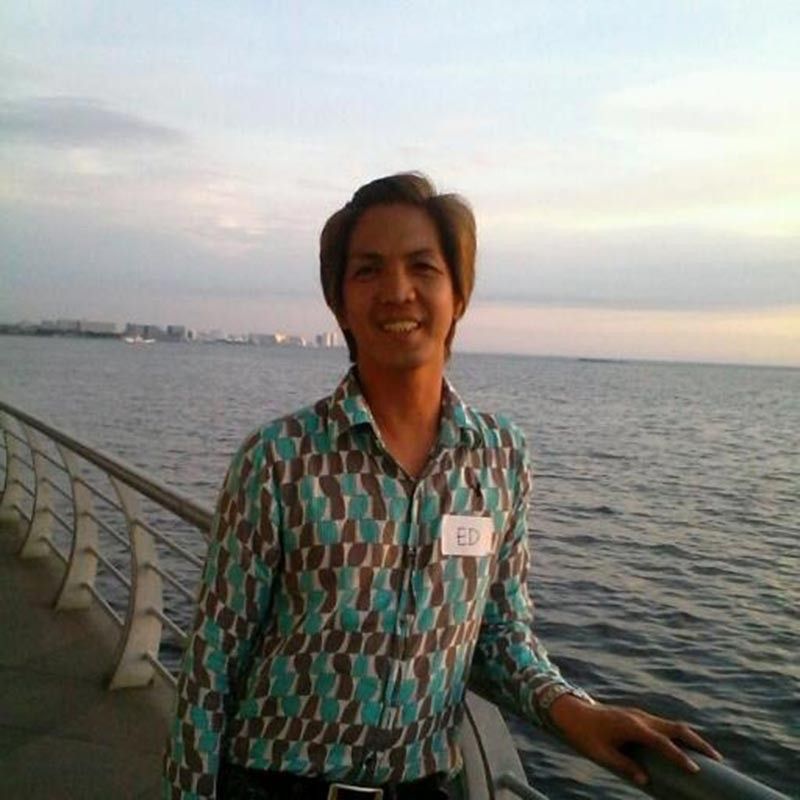 THE number of cases of human immunodeficiency virus-acquired immunodeficiency syndrome (HIV/Aids) in the Philippines continues to balloon day by day, thus, champions in promoting awareness on this social crisis in the country play a critical role to educate the public about its health effect.

Eddie Batoon, 46, a community health outreach worker of Aids Society of the Philippines in partnership with the Davao City Reproductive Health and Wellness Center (RHWC), has been an advocate for HIV/Aids awareness in the city for more than a decade.

Putting premium in this kind of worldwide epidemic and bringing it in the forefront has been his passion.

What started to be a mere volunteer act for a certain organization way back in 1995, the Iwag Davao Incorporated, an organization focused on intensifying advocacy awareness on HIV/Aids particularly through men having sex with men (MSM), has developed into a calling to combat HIV epidemic in the city.

He volunteered at that time as an educator where they conduct an outreach program to reach out to male homosexuals and share information about HIV prevention and treatment down to the grassroots level.

Eventually, the project was not sustained because of unavailability of the necessary funds. But another opportunity to share his knowledge came when he was referred to be an online chatter then site implementer and now as a community outreach worker for Global Fund Project, which supports programs run by local experts in countries and communities most in need to fight Aids.

For 15 years now, he has been keen in conducting lectures to educate the people from all walks of life about the adverse impact of the virus to reduce the increase of transmission as well as eradicating the misconception and stigma associated with HIV/Aids.

With the continuous effort of the government in partnership with international organizations, they envision to at least minimize the cases of HIV/Aids in the country if not totally eradicate. They also focus their advocacy in enticing those at risk for such virus to get tested. Should they be found positive, they are to undergo the free Anti-Retroviral Therapy (ART) to reduce the possibility of the virus to escalate.

"The focus is education but of course the testing component must be strengthened. We should reach them out for testing since the testing facilities are now available. If ever found reactive, they should avail the ART immunization," he said.

However, the challenge is how to change people's behavior to prevent it from spreading. But he said that he will continue to fight against this epidemic through coordinating with other stakeholders.