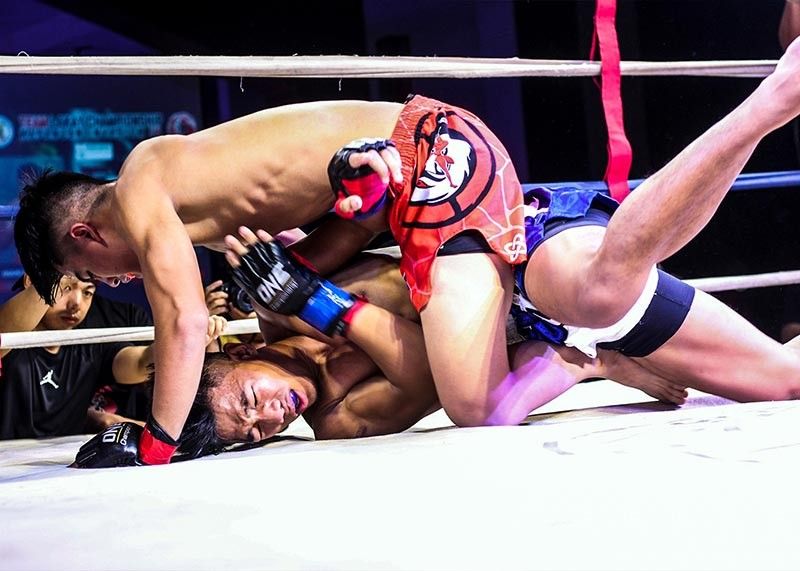 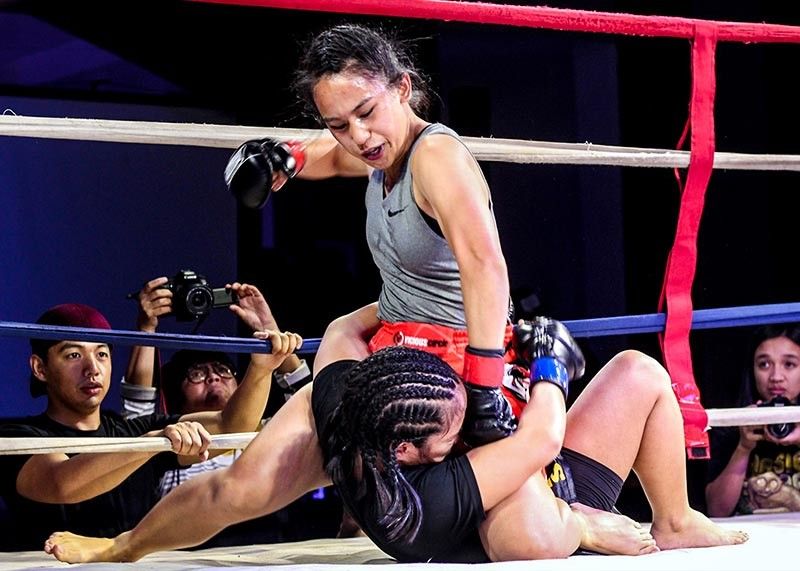 BAGUIO. Islay Erika Bomogao goes for the kill in the first round of her match against Christina Torso in the co-main event of the Kpangan Invasion IV on April 27 at the Kapangan Municipal gym. (Photo by Jean Nicole Cortes)

JHANLO Mark Sangiao and Islay Erika Bomogao proved they are the names to watch out for in mixed martial arts after stopping their respective rivals in Team Lakay Championship 16: Kapangan Invasion IV.

Sangiao easily stopped Hansel Bilog in the first round with a rear naked choke while Bomogao needed just 20 seconds in defeating Christina Tirso via referee stoappge due to ground and pound.

Also scoring a win is Jefrain Odalio via unanimous decision against Gabriel Andres.

Vincent Tauli was too much to handle as he ground and pounded his way to victory with 1:45 remaining in the opening bell to stop Darren Padsingan.

Christian Manipon impressed the judges with a unanimous decision win against Edson Esteban.