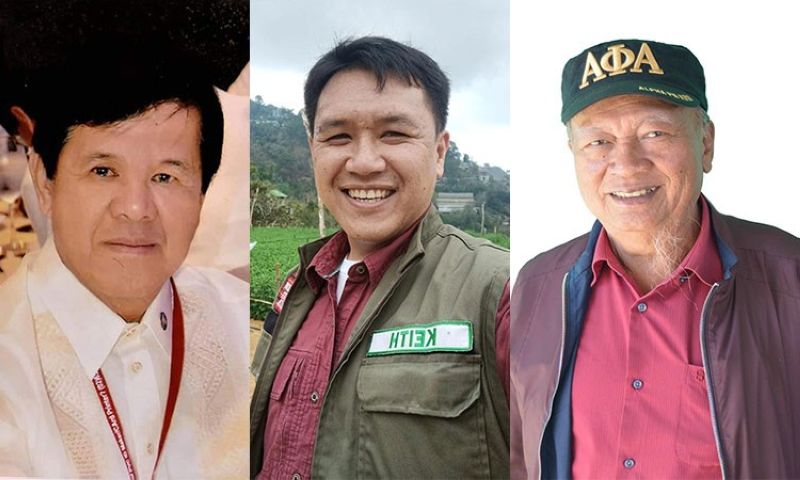 WITH three-termer Benguet representative Ronald Cosalan stepping out of politics, the race to represent the province in the Lower House has become interesting with two seasoned politicians and one new comer seeking a seat in Congress.

After a three year hiatus from politics, the former three-term Benguet governor and three-term La Trinidad mayor wants to represent the province in Congress.

“Aparrently, I have seen that while Benguet is fast developing, there are much concerns that has not been addressed with distribution of resources, only concentrated on infrastructure,” Fongwan said.

For the improvement of Benguet, Fongwan wants to advocate a clustered Engineered Sanitary Landfill (ESL) citing the municipalities of Mankayan, Buguias, Atok and Bakun.

Despite resistance from people for the establishment of an ESL, Fongwan believes there should be political will in implementing RA 9003 or the Ecological Solid Waste Management.

“Minahang Bayan is tantamount of saying no to small-scale mining. Ang hirap ng mga requirements sa minahang bayan. The holders of Mine Production Sharing Agreement (MPSA), almost all areas of Itogon covered by big mining corporations should be released,” he added. “It’s no longer Minahang Bayan, its mining permit to be provided by the provincial government.”

Fongwan will also push for the amendment of Republic Act 9513 known as the Renewable Energy Law and its Implementing Rules and Regulations to address concern in the government especially in the share of the local government units from national wealth as well as the real property tax.

He is keen to “continue support for the vegetable, flower, coffee and mining industries as well as hydro projects, the preservation as well as devolution of all communal forests’ operation and management to barangays and people’s organizations and cooperatives.”

Once in Congress, Fongwan said he will seek more funds for indigent patients from Benguet admitted at the Benguet General Hospital and upgrade the bed capacity of the BeGH from 200 to 400.

Fongwan said he will also work out additional funds for tourism, farm – to – market roads, scholarships, and school buildings for both elementary and high schools.

Under his watch as provincial governor, Benguet was awarded the Seal of Good Local Governance from the Department of the Interior and Local Government, the price, he added, paved for the establishment and construction of sports center with an 8,000 capacity gym.

He will also advocate for the additional support of the vulnerable sector such as senior citizens to be provided with pensions, and push for the a passage of law that will making the positions of municipal agriculturists, tourism and social welfare permanent and seek for standardization of honorarium of barangay health workers, nutrition scholars, tanods, and other similar positions.

Fongwan added he will work out for the reclassification of local government units as to income for the possible release of built-up areas devoted to residential, agricultural, and commercial purposes within watershed, communal forest and others and to re-study the existence of toll gates along Halsema Highway and Kennon Road.

A new comer lawyer Thorrsson Keith hopes to earn the nod of iBenguet and push for change in the province’ political system.

“Benguet is left behind in the Cordillera in terms of politics,” claiming the rotten political system has not been favorable to the people.

Keith believes that if one institution is highly politicize, it is not service oriented and considers himself as a public servant.

Keith’s agenda is to protect the people of Benguet from scams such lots for sale, and the illegal recruitment of overseas Filipino workers.

If given a chance to represent Benguet, Keith wants to strengthen information education to farmers and expressed strong opposition to vegetable importation.

“I will propose a bill that will absolutely prohibit importation of vegetables,” he continued.

He will also push for the increase in salary of doctors, nurses and employees of Benguet General Hospital (BeGH) and eyes to declare the hospital as a free public hospital.

“I will make Benguet General Hospital a free public hospital by August of 2019.”

Keith also expressed his support to small scale miners and large scale mining. Minahang Bayan, he stated in both ways serve to protect the government and legalize the operation of miners.

Having worked with different sectors of the national government agencies, Keith will also move to ensure free internet by October 2019 inside the Benguet State University compound, and municipal halls of all municipalities aside from expanding livelihood programs and prioritizing livelihood and scholarship program among solo parents.

If elected as Congressman, he conveyed plans to distribute land to those who have ancestral or historical claims.

Keith also eyes to make a road from Acop-Tublay going to Puzzorubio in Pangasinan to cut short travel time. Aside from the construction of the new road, he plans to connect roads at Kayapa in Bakun for easier road access to Benguet.

Materno Luspian’s legislative agenda is almost focused on the environment of the Cordillera Administrative Region and Benguet.

“If you are rich with natural resources, it follows that we have to protect the environment. We want to incorporate in the protection of forest and watershed our cultural practices,” Luspian stressed.

Covered by the Indigenous Peoples Right Act, the official said Cordillera is mandated to culturally protect its own resources.

“We will also move for the amendment of the IPRA law to eliminate conflicting provisions with the Mining Act and the Forestry Code and other relevant pieces of legislation,” Luspian said.

Once chosen as the lone representative of Benguet, he envisions to expand national laws affecting senior citizens, social services that needs the attention from the Congress aside from pushing policies to fast track additional funding for agencies.

“Autonomy was not approved because of politics,” claimed Luspian.

Federalism on the other hand, he said will affect the structure of the government. “We can have an autonomy within a federal form of government.”

Luspian also promised to call the attention of Department of Agriculture to make a specific program and the development of agriculture in the region. “We are talking about temperate vegetables, we should have special treatment for that.”

Aside from the review of the purpose of the multi-million Benguet Agri-Pinoy Trading Center, he is also keen in the education of farmers through farm schools to learn mechanization and financial management.

Luspian added he will also work out his 10 point agenda which includes:

* To foster continuity and unity, to carry on and improve the legislative acts and programs of Congressman Ronald Cosalan and Samuel Dangwa.

*Encourage and provide support mechanism for development of technology that would aid in reforestation, transformation, preservation and protection of environment.

*Enhance socio-economic conditions of the Indigenous Peoples and Indigenous Cultural Communities through greater access to education and more livelihood opportunities.

*Initiate programs and funding for the establishment of agricultural centers that will improve the value of chains of agricultural products in Benguet and support tax exemption for the cooperatives.

*Legislate regulation of deep water wells owned and operated by private business to address problem of scarcity of water supply.

*Enact measures for empowerment of barangays, including youth and women’s sectors.

*Support the enactment of House Bill 5343 and the Senate Bill 1678 creating the Autonomous Region of the Cordilleras.

*Responsible mining still the top priority in the pursuit for a sustainable mining industry.