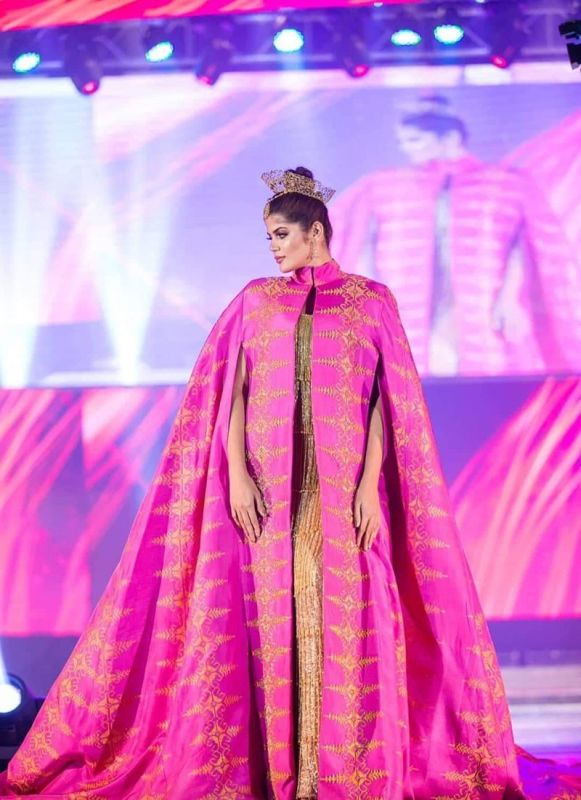 MAGUINDANAO. In the past, it was only the Royal Maguindanaon Families who used the Inaul but times have changed and it is now quite accessible to many; allowing the Maguindanaon culture to be known by others. (Photo from Province of Maguindanao)

MAGUINDANAO takes pride of its culture. It has a lot of things to offer that may even leave some surprised.

This province in the Bangsamoro Autonomous Region in Muslim Mindnanao (BARMM) is home to the famous Inaul cloth. This is aside from other products that it is famous for, such as corn and delicacies.

With Inaul, Maguidanaon do not only provide us with colorful and intricately designed cloth. With it, they give us a piece of their culture; something that symbolizes how committed they are as well in preserving what they have.

Bai Elizabeth Mangudadatu-Tayuan, chairperson of the Palamata Nu Maguidanao (Mutya ng Maguindanao), pointed out that Inaul is extra special for them.

“The design of one is different from the other. In the past, the Royal Families used to have their own design that is exclusively weaved for them. In short, they were the only ones allowed to use it. The ordinary Moro people really cannot wear it before,” she explained.

In the present time, this is no longer the situation. What only remains is the fact that each of the available designs is distinct. Some of these were even products of the weavers’ dreams. Another development is that they can be replicated already.

During the three-day Annual Philippine Halal Trade and Tourism Expo 2019 at Abreeza Mall in Davao City, the Maguindanaon booth highlighted the Inaul, along with the popular sumptuous dishes from the province. The event was held on May 3 to 5.

Tayuan, being a leader and advocate of their culture, has committed to never stop promoting the Inaul. Thus, they always grab every opportunity they see to promote what they have.

For instance, joining the expo is one way of continuously showcasing Maguindanaon products, culture and tradition.

“Specifically, we want to keep on introducing to the world that this fabric is a unique product that originally came from the Province of Maguindanao,” she said.

The Maguindanaons are also proud to share that Inaul is fashion for all types.

“It can be from high to low, and can exude both elegance to simplicity,” she explained. “It is an art of imagination, woven with love and passion by Maguindanaon women.”

Amid the continued promotion, they are glad they have the support of Governor Toto Mangudadatu.

“Under his leadership, Inaul has earned the limelight. He provided the province with so much respect to Inaul by creating the Inaul Festival in Maguindanao, which has promoted it very well,” she said.

“Demand has risen up which gave good demand and generated income to Maguindanaon family,” Tayuan continued.

Today, the fashion industry has been giving so much importance on preserving the rich culture of the tribes. We can observe that a lot of fashion pieces have been designed with the inspiration of whatever is unique to a certain area. Fashion designers have been introducing as well the fusion of classic designs and modern approach.

With Inaul, so much can definitely be designed and produced from it. There is no doubt it can reach greater heights in the coming days.

Personally, the Inaul means endless opportunities not just for the Maguindanaons, but for the entire Filipino nation.

(Special thanks to the Province of Maguindanao for the photos used in this article! These snaps show the fabric weaved by the women of Maguindanao were transformed into awesome fashion pieces by the world-renowned designer Renee Salud.)