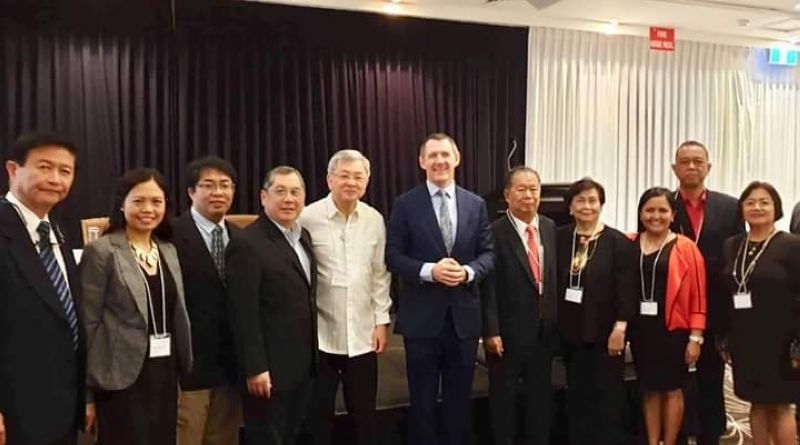 Governor Alfredo Marañon Jr., who led the province’s delegation, shared the successful engagement of Negros Occidental with the Northern Territory Government to the business community attending the international forum.

In his talk during the “Financial and Asian Regional Development” session, Marañon emphasized the attractiveness of Negros Occidental as a tourism and investment destination.

Noting the significant growth of young population in the Philippines and province as well, he stressed that “one of our key exports is our highly trainable skilled labor.”

The governor also underscored that among the 40 participating countries in the just-concluded Arafura Games 2019, the Philippines got the most number of medals.

The country initially bagged 30 gold, 40 silver, and 28 bronze medals in various sport disciplines as of May 1.

Arafura Games 2019, which was also held in Northern Territory from April 26 to May 4, is an inclusive multi-sport event fostering friendship and understanding between competing nations and the host-province.

Aside from games, it also showcased unique arts, culture, history, and trade and investment links.

The two-day Regional Australia-Asia Chambers Forum until May 3 was aimed at discussing key issues facing the growth of business in the region.

Provincial Supervising Tourism Operations Officer Cristine Mansinares, who was part of the province’s delegation, said Negros Occidental’s scope of partnership is diverse and ranges from employment and migration to education, agriculture, trade and investment.

Negros Occidental is one of the featured provinces during the forum because of its successful engagement with the Northern Territory Government.

She earlier told SunStar Bacolod that one of the gains from the forum is building awareness on Negros Occidental as a progressive province in the Philippines.

“Through this event, we can also expand our partnership in other areas including tourism and sustaining what we currently have such as trade and investment, education, agriculture, and employment and migration,” the tourism official had said.