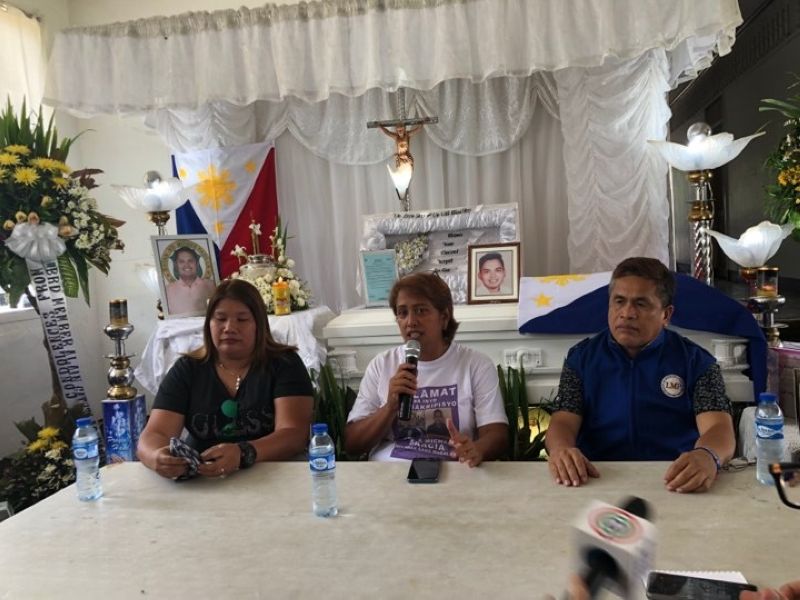 INCUMBENT Vice Mayor Ella Garcia-Yulo of Moises Padilla said they will ask President Rodrigo Duterte to help them attain justice for the death of their kin.

"We also hope that the president will appease the situation in the town that has been terrorized. People here are afraid," Garcia-Yulo said in a press conference Sunday, May 5.

Garcia-Yulo was with La Castellana Mayor Rhumyla Manguilimutan and Isabela Mayor Joselito Malabor during the press conference at the wake of Councilor Garcia.

Garcia-Yulo appealed to the families of the assailants to encourage the latter to come out and surrender to authorities.

"Someday you will also be killed by your boss," Garcia-Yulo warned.

She said the bounty from Governor Alfredo Maranon and Third District Rep. Alfredo Benitez awaits the gunmen if they surrender.

Malabor, on the other hand, asked for the relief of 303rd Army Brigade commander Brigadier General Benedict Arevalo and Lieutenant Colonel Egberto Dacoscos for the alleged lapses and biases in the army's response during the ambush. (Teresa D. Ellera)