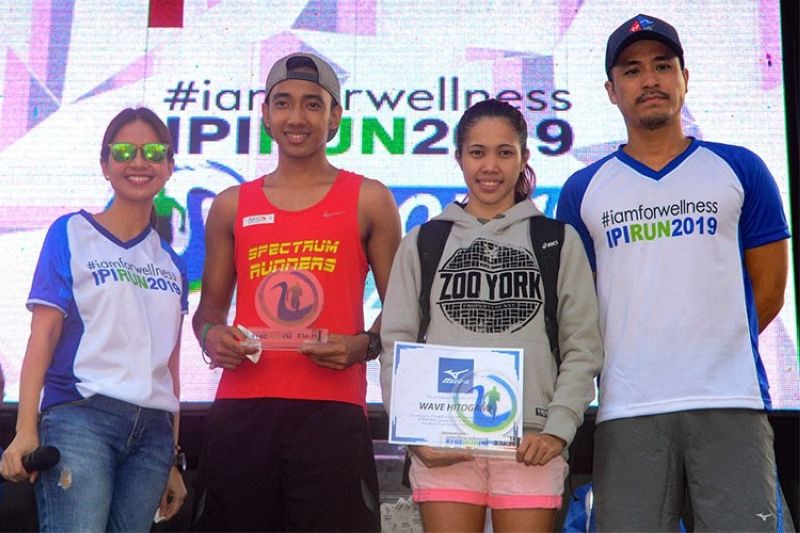 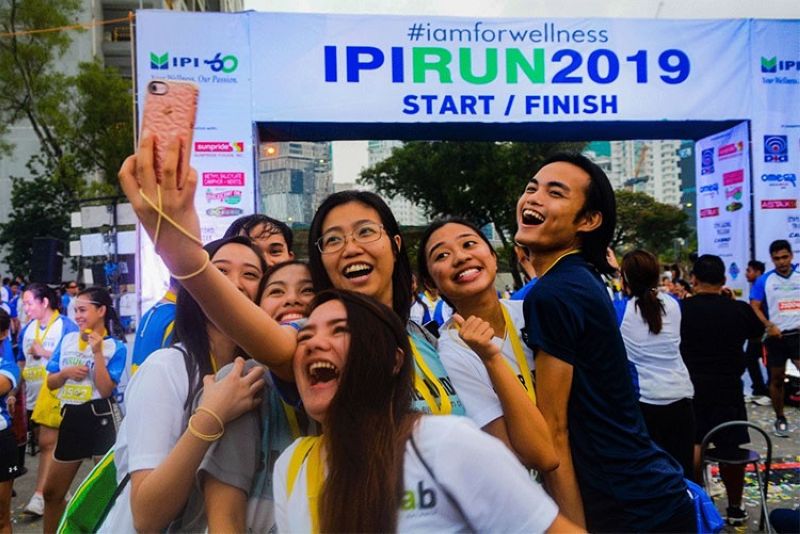 CEBU. A group of runners take a picture after arriving at the finish line of the IPI fun run. (SunStar/Arni Aclao)

CEBUANO long-distance runner Prince Joey Lee made everyone else in the field eat his dust with a dominating win in the #IAmForWellness IPI Wellness Run at the Pescadores Road, Cebu Business Park on Sunday, May 5.

The ace runner of the Spectrum Runners Club breasted the tape in one hour, 15 minutes and 40 seconds, beating closest pursuer Joseph Mururi of Kenya by about three minutes for the men’s half-marathon crown.

Joseph Arnel Emia of Cebu City Rider Omega Team clocked in 1:18:45 to round up the men’s top three.

The race was part of Lee’s preparation for the Phuket International Marathon in Thailand on June 9.

In the women’s division, Cebu-based runner Ruffa Sorongon snagged the 21K crown also in dominating fashion after crossing the finish line in 1:30:20, about four minutes ahead of the pack.

Evamie Villarin finished in 1:34:06 for second place, while Lizanne Abella clocked in 1:35:27 for third place.

Angel Estellori timed in 56:39 and Azel Conde clocked in 57:07 to finish as runners-up to Andrin, while Florendo Lapiz and Azlan Pagay finished second and third in the men’s division with times of 41:53 and 43:20, respectively.

In the 6K race, Ariel Abella stamped his class in the men’s division after clocking 20:45. Robert Daang finished second in 20:48 and Michael Largo came in 20:50 for third place.

Junior triathletes occupied the top three spots in the women’s 6K. Mariel Estraba finished first in 25:45 and was followed by Nicole del Rosario in 27:51 and Moira Erediano in 29:15.