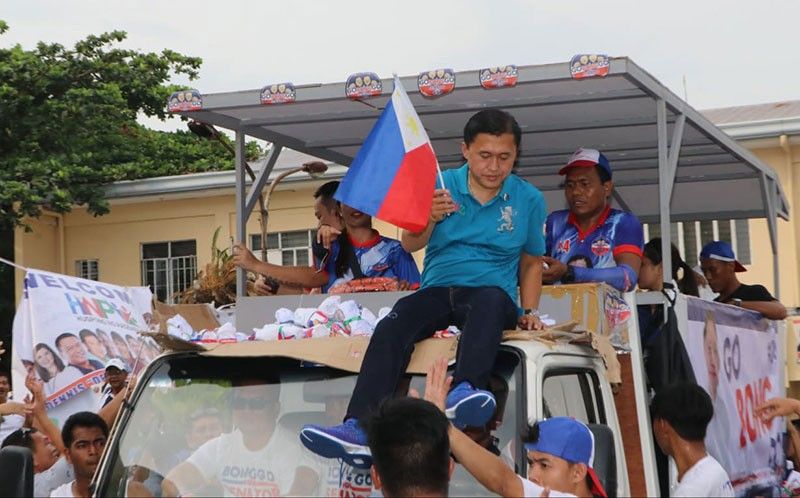 PAMPANGA. Senatorial candidate Christopher 'Bong' Go holds a miniature Philippine flag while on board a truck during Friday's motorcade in Pampanga. (Chris Navarro)

FORMER President now House Speaker Gloria Macapagal-Arroyo on Friday, May 3, gave her “special” endorsement to former Special Assistant to the President now Bong Go, who is seeking a seat in the Senate.

The endorsement came after the quick response and assistance given by Go to Kapampangan victims of recent earthquake during his and President Rodrigo Duterte’s visit a day after the incident at ground zero in Porac town.

The former president recalled the numerous individuals who sustained major injuries during the earthquake, including a 25-year-old saleswoman whose foot was amputated after being trapped in the collapsed Chuzon Supermarket.

The Malasakit Center, initiated by Go under President Rodrigo Duterte’s administration, is one-stop shop established in public hospitals to hasten the delivery of free medical services, including financial assistance, to indigent patients.

Go expressed his gratitude to Arroyo for recognizing his efforts to provide public service to Kapampangans, especially to the needy ones.

Asked what specific projects he eyes for Pampanga if given a seat in the Senate, Go said he wants to further improve the delivery of medical services in the province and in the whole country as well.