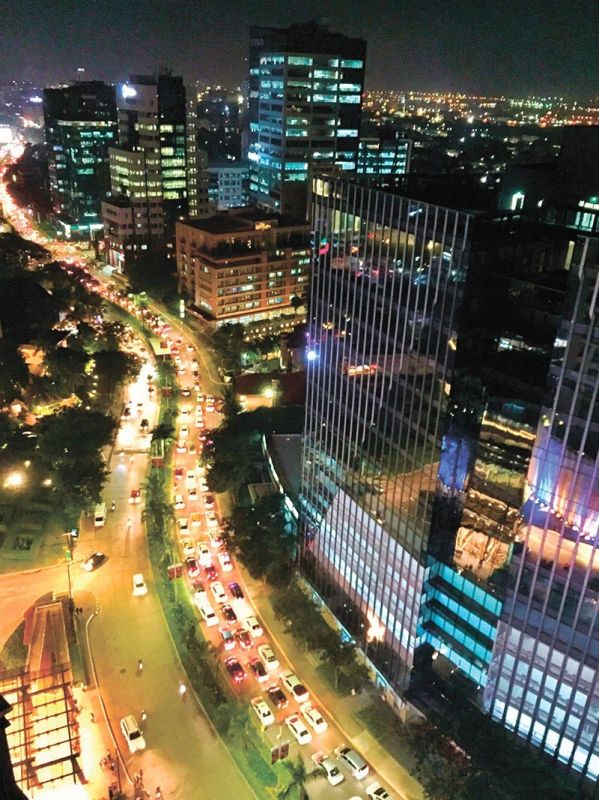 POPULAR LOCATIONS. Much of the office demand still gravitate toward the Cebu Business Park (above) and the Cebu IT Park. (SunStar file)

OUTSOURCING and offshore gaming companies continue to account for the bulk of office space demand in Cebu.

Colliers, in its Cebu Office Report released Monday, May 6, recommended that developers be strategic with their office projects.

“We encourage them to provide flexible office cuts to English language centers and explore parcels of developable land around the proposed infrastructure projects which form part of the government’s ‘Build, Build, Build’ push,” the report said.

Meanwhile, occupants should lock in available space in the Cebu IT Park and Cebu Business Park and their outskirts, and consider new spaces in Mandaue City, especially for non-outsourcing firms.

Metro Cebu has breached the one-million-square-meter mark in terms of leasable office space.

Among the new office towers are HM Tower, Pacific World Tower, Mabuhay Tower 1 and Tech Tower. About 67 percent of new supply was completed in the Cebu IT Park and 18 percent in Cebu Business Park. Developers continue to build office towers in the main business districts, as spaces are easily absorbed by outsourcing firms.

However, the lack of developable land within the business districts has compelled developers to look for other locations such as Mactan Island and Mandaue City.

Among the new office towers due to be completed in Cebu IT Park and Business Park over the next three years are Latitude Corporate Center, Mabuhay Tower 2, Central Bloc 1 & 2, Skyrise 3B & 4B, PNB Tower and Johndorf Tower.

Another major building due to be completed during the period is Arthaland’s Cebu Exchange Tower, considered the largest office tower to be built in the Visayas- Mindanao area with a gross leasable area of 107,000 sq.m.

Among sub-locations, Cebu Business Park’s and Cebu IT Park’s vacancies remain the lowest in the metro, at 1.7 percent and 1.6 percent, respectively.

“For the entire Metro Cebu, we see vacancy reaching an average of eight percent per year from 2019 to 2021, despite the substantial amount of new supply due to be completed during the period,” Colliers said.

Colliers projects greater absorption of Mandaue City space as it sees the business district capturing a fraction of offshore gaming operations from Mactan.

Among the major outsourcing deals recorded in 2018 are Teledirect Telecommerce, The Company Cebu, GigaBook and an offshore gaming firm currently operating in Mandaue City.

“Moving forward, we still see outsourcing companies such as call centers, as well as offshore gaming firms driving office space demand in the Metro. Mactan will probably continue to be a hub for offshore gaming operations and the expansion of these firms should spill over to Mandaue. At present, the latter attracts several non-outsourcing businesses such as banks and insurance firms.”