Editorial: Ban on the run 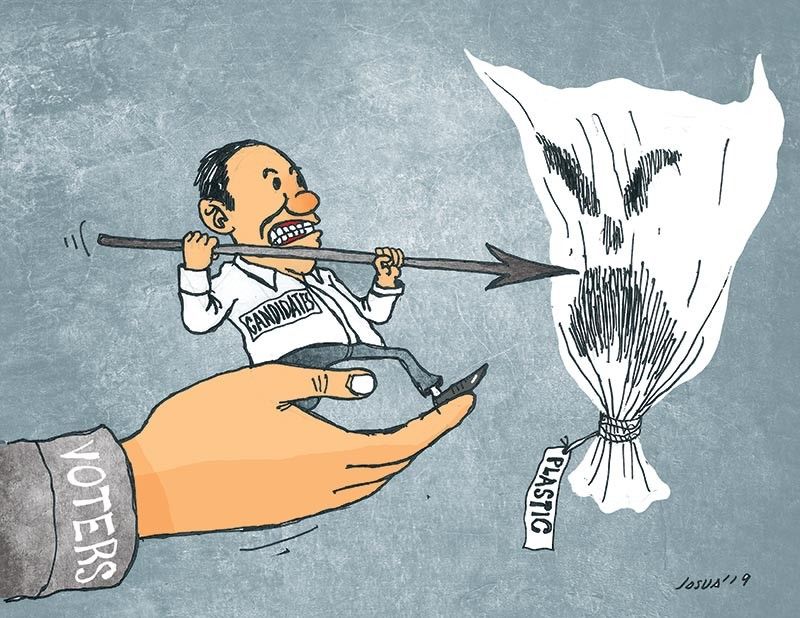 THIS week, in the final stretch to May 13, we propose that you consider bets championing the ban on single-use plastic in Cebu City, or any city for that matter in Metro Cebu.

Last week, a public hearing was held at the Cebu City Hall on two proposed ordinances calling for a phase-out of single-use plastic products in Cebu City and penalty prescriptions for violators.

The ordinances define “single-use plastic” as those that are intended to be used just once and are thrown away or disposed of.”

These include plastic bags, drinking straws, stirrers, plastic cups, plates, plastic utensils, Styrofoam, plastic toothpicks, banderitas or flyers. You can gut the entrails of the city’s clogged sewers and you get tons of these as though the metro is constantly on the brink of a stroke.

The ordinance, however, provides that the ban does not include products that are already wrapped in single-use plastic materials as packaging.

The recent public hearing forms part of the saga that started with Ordinance 2343, which prohibits business establishments, particularly groceries and supermarkets, from packing grocery items in plastic bags every Wednesdays and Saturdays.

Councilors Eduardo Rama Jr., Raymund Alvin Garcia, Eugenio Gabuya Jr. are the main proponents of the two ordinances, entitled “An Ordinance for the Phase-out of Single Use Plastic Products Within the Territorial Jurisdiction of Cebu City and Other Purposes” and “An Odinance Regulating Single-Use Plastic Within the City of Cebu and Prescribing the Penalties for Violations Thereof.”

The ordinances seek to ban plastic bags not only for two days but for the entire week. The prohibition extends from the supermarket to retailers, vendors and carenderias.

Violators will be fined P5,000 or imprisonment of one to thirty days. Establishments will be subject to revocation of business permit.

Expressing their thoughts on the proposed ordinances during the April 30 hearing were groups like Kaabag sa Sugbo Foundation and Oceana Philippines, which pointed out that the damage plastic causes extends all the way to marine life. Tony Galon, whose 5pcs Daily Habit movement pushes the habit of each person picking up 5 pieces of plastic everyday, also spoke in the hearing.

Let’s toss the ban right into the center of the campaign agenda. Let’s have an anti-plastic vote.