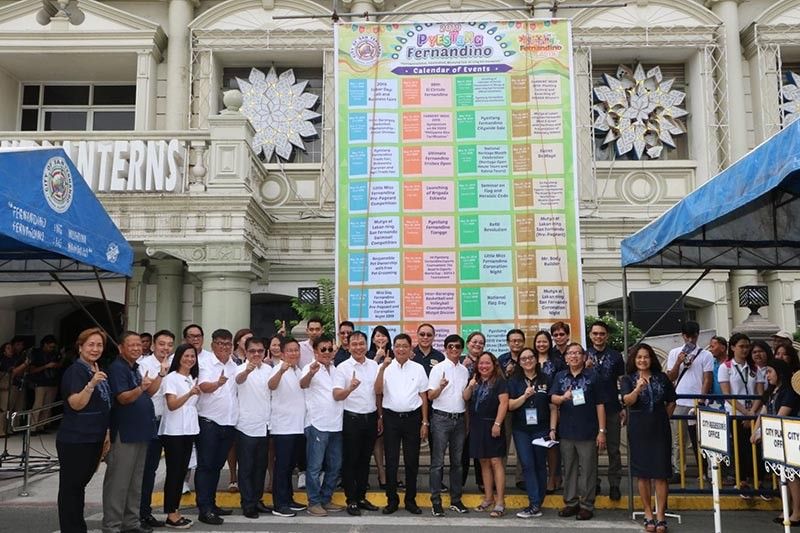 THE rich culture and heritage of the City of San Fernando will take centerstage in this year’s month-long celebration of “Pyestang Fernandino” in honor its patron St. Ferdinand this May.

Anchored on the theme “Pamagpasalamat, Pamibuklud, Mitmung Tula uli ning bie masaplala,” this year’s celebration highlights the city’s thanksgiving for all its remarkable accomplishments through further strengthening and reviving its culture and tradition.

“Our celebration this year is aimed at showcasing the cultures and values of Fernandinos and at the same time a thanksgiving for the many blessings that we have received, we are receiving and those that we will be receiving,” said Pyesteng Fernandino Executive Committee chairman Alex Magsino during Monday’s (May 6) press conference.

Magsino, an active socio-civic leader, added that the month-long festivity will also celebrate the strong partnership between the private and public sector in the city as manifested in the executive committee.

“Our activities this year, just like in the many events that we held, were formed through the suggestions of the members from the private sector and the city government and so the success of our Pyestang Fernandino is a success for the city’s public-private partnership,” he said.

The Pyestang Fernandino is also coinciding with the celebration of the National Heritage Month wherein the City Government slated several activities such as the Heritage Open House Tours and Kalesa Tours, National Flag Day, Seminar on Flag and Heraldic Code and the unveiling of the bust monument of local hero Sotero Baluyut.

Agricultural programs such as Symposium on the Philippine Rice Tarrification during Farmers’ Week and Refill Revolution, as well as seminar for responsible pet ownership with free grooming and trade fairs and mall sales are also set this month, Pangilinan said.

And aside from preserving the city’s culture and heritage, the City Government is also inclined in developing the potentials of Fernandino youth e-sports competition, which is starting to gain ground in the international arena.

Pangilinan said the 1st Pyestang Fernandino Esports Tournament dubbed the “The Road to E-Sports World Cup” in DOTA 2 and Mobile Legends tournaments will be held on May 21 and 25, respectively.

“We organized an e-sports tournament to provide a training ground for our potential and even professional games since we saw how e-sports is now being recognized internationally and is even included in this coming SEA Games,” Pangilinan said.