PNP chief: Problem not from our side, but with Cebu mayor 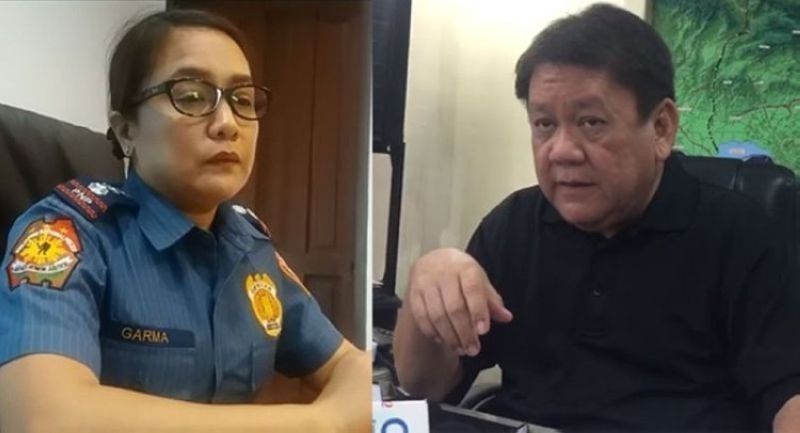 PHILIPPINE National Police (PNP) Chief Oscar Albayalde said there is no need to reshuffle officers in Cebu City amid the growing tension between the local police chief and the mayor as the problem lies not with the police, but probably with the mayor.

(The PNP does not have the problem. It's probably the mayor who has a problem. That was what the RD told me.)

He did not mention names, but he was clearly referring to Cebu City Mayor Tomas Osmeña, who has been engaged in a word war with Cebu City Police Office Director Royina Garma.

Albayalde said Central Visayas Police Regional Office Director Debold Sinas has not made any recommendation to remove Garma and reshuffle the officers in Cebu.

(As of this time, the regional director has not made any recommendation to reorganize. He does not also see any reason to remove Colonel Garma.)

Albayalde maintained that the PNP remains apolitical and non-partisan.

“Because remember we are apolitical. Ang mission namin dito is to have a safe and peaceful election whatever the issue meron ‘yung mayor sa PNP siguro sabihin nalang niya sa amin or sa DILG but with regards to the meddling (on political affairs) wala kaming nakukuhang ganun kahit sa reports ng RD,” he added.

(Our mission is to ensure safe and peaceful elections. Perhaps the mayor should just tell the PNP or the DILG whatever issue he has with the police. We have not received reports of meddling from the regional director.)

Albayalde said they always verify allegations made against their men and, so far, he has not received any derogatory reports against Garma.

He said Garma was not the personal choice of Osmeña for the said post after he was stripped of police powers following his order to withdraw support for the local police.

(Accusations are made, especially when the police chief is not the mayor's choice. Let's just be fair.)

The PNP chief also dismissed the statement of former PNP chief now Senator Panfilo Lacson that Cebu City is a case of the PNP dipping their fingers into partisan politics.

“I really don’t know if they are really dipping their hands into partisan politics. Remember we have a hard rule there on meddling with politics in the different municipalities or local politics. Never na-allow ang PNP to dip their finger sa politics,” said Albayalde.

“In fact meron kaming Red teams at ‘yung CITF also and we have Red teams in the different provinces during this election also to identify if may kinikilingan and to identify if they (policemen) are really doing their duties especially ‘yung checkpoint operations,” he added.

(We have the CITF - Counter Intelligence Task Force - and the Red teams in the different provinces which will determine whether the local police is partial to anybody and if they are doing their duty.) (SunStar Philippines)