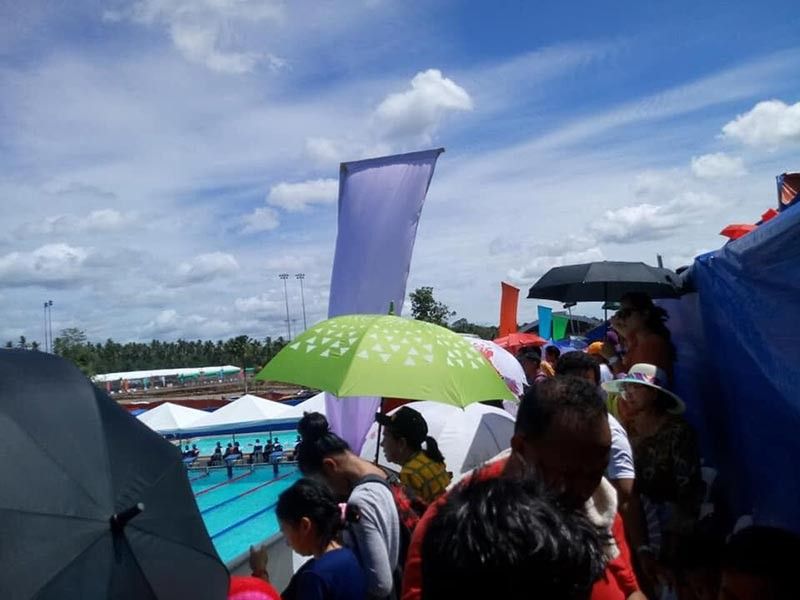 DAVAO City Mayor Sara Duterte-Carpio apologized to a parent who lamented the lack of facilities provided at the swimming competition venue of the Palarong Pambansa 2019 at the Davao City-UP Sports Complex Aquatics Center.

On April 30, Eyzell Claro Balbuena ranted on her Facebook account about the inconvenience her daughter experienced while competing in the swimfest.

Balbuena observed that swimmers had to stay under the bleachers and had to bear the grueling heat.

“Parents had to stand at the bleachers without roofing and had to shield themselves from the scorching heat as well. There were not enough shower areas for swimmers. There were no toilets available, so we had to settle with portable toilets,” she said on her post.

She was disappointed, considering that Palaro, being a national sports event, lacked facilities for both the athletes and the spectators.

“What happened to the announcement that Davao is ready for the event?” Balbuena said.

The post earned various reactions but was eventually deleted.

Duterte-Carpio admitted that the city had to meet the completion target of the pool, since it will be used during the Palaro.

"Wala gyud to siya nahuman, since gikukod lang namo tong swimming pool lang. Which was makaya sa delivery sa contractor and sa budget (It was not as completed as it should be. We only pushed for the completion for the pool itself, which the contractor said they can deliver and is still in the budget)," Duterte-Carpio said on Monday, May 6, during the Thanksgiving Lunch at People's Park.

The mayor said the cover of the grandstand has yet to be constructed and already has a budget.

"We are sorry to her nga na-offend [siya]. Wala namo nahuman ang facility (We are sorry if she was offended that we were not able to meet finish the construction of the facility)," Duterte-Carpio said.