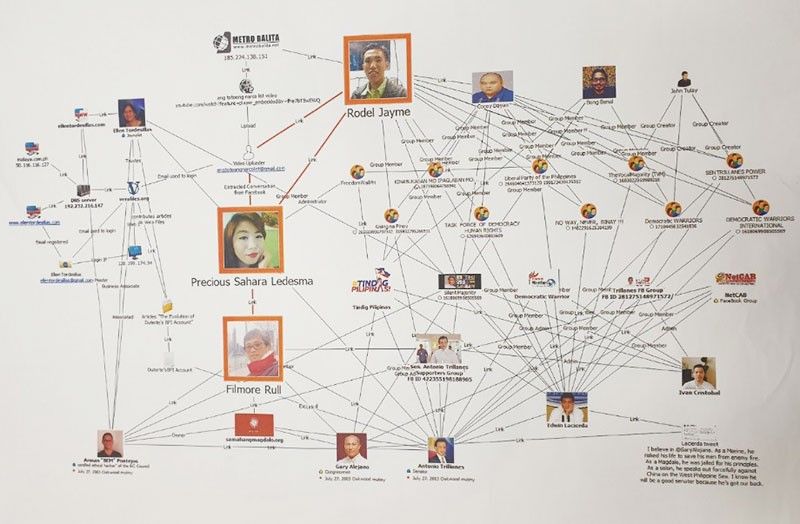 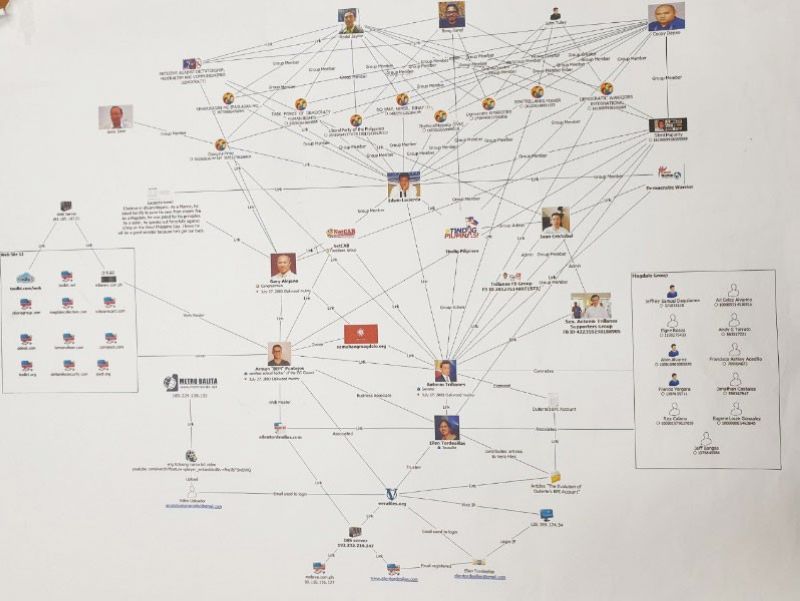 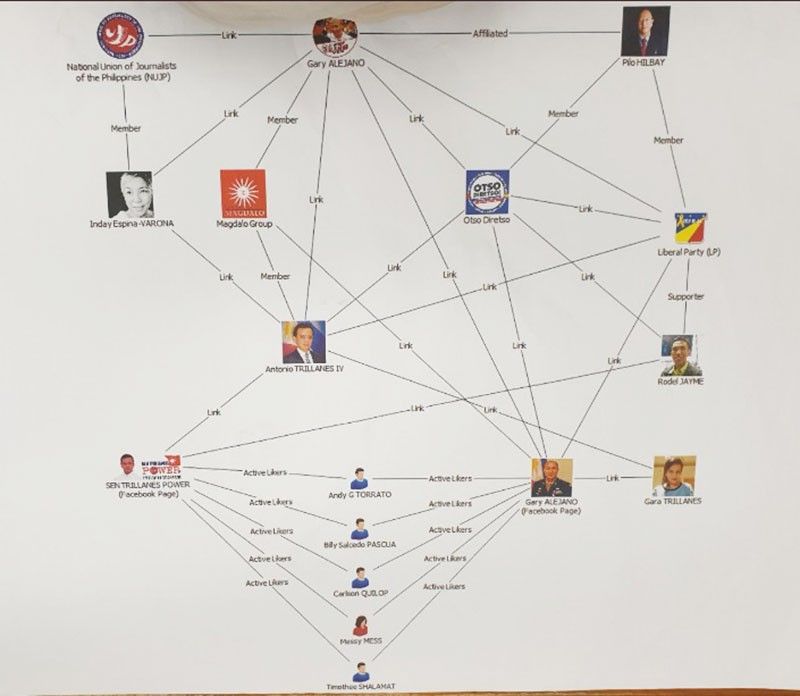 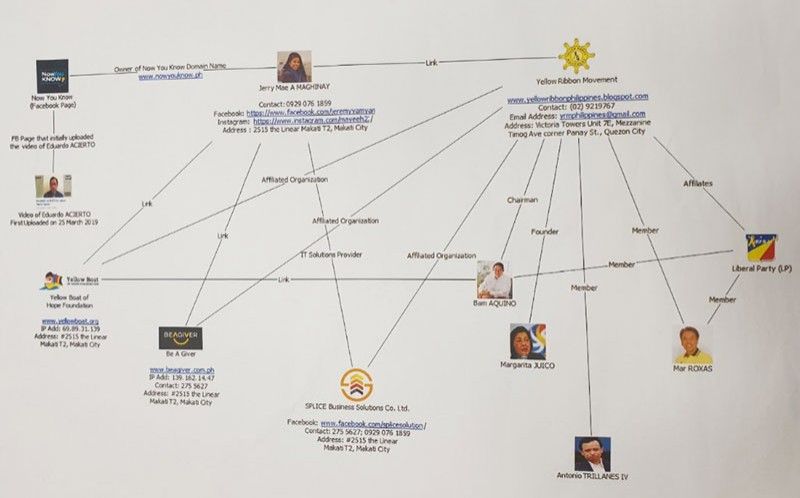 MALACAÑANG divulged Wednesday, May 8, the alleged "deliberate" conspiracy among some members of the Liberal Party (LP), the Magdalo group, and Peter Joemel Advincula alias "Bikoy" to destabilize the administration and boost the senatorial bids of Otso Diretso candidates.

A previous matrix released by President Rodrigo Duterte through a Manila-based newspaper linked "Bikoy" to some journalists and the National Union of People's Lawyers (NUPL).

Panelo said the personalities involved in this broader matrix are "identified as advocates or very active in social media, dishing out anti-Duterte statements and sentiments and validated to be allied with the Liberal Party."

"The President has received intelligence information that has been validated and appears to show that there is deliberate attempt to discredit this administration, as well as to boost the candidacies of the opposition, senatorial candidates. The other group, by the way, is Magdalo," Panelo said.

"It appears from this diagram that Liberal Party, the Magdalo and other groups indicated in the matrix are working hand in hand," he added.

Panelo bared the expanded matrix a day after he said that Advincula, who claimed to be the hooded man named "Bikoy" in the "Ang Totoong Narcolist" series of videos that linked the Duterte family to illegal drugs, was just a "pawn" in the "black propaganda" being waged by the President's critics.

Advincula surfaced Monday, May 6, introduced himself as "Bikoy" and sought the assistance of the Integrated Bar of the Philippines (IBP) in filing cases against the personalities he named.

The lawyers' group rejected his request on Wednesday, May 8. Police, meanwhile, is still verifying Advincula's claim that he is "Bikoy".

Panelo claimed that Advincula's voice does not match the voice of "Bikoy" in the video.

He then bared that Bong Banal, a known LP advocate, was the "narrator" of the "Ang Totoong Narcolist" series, based on the initial voice recognition conducted by the government through oral spectral process.

"Initial voice recognition through oral spectral process was conducted based on the known and unknown voices of the different targets to harmonize the fundamental auditory frequencies of the suspected personalities, Banal and Jayme," he said.

"It appears now in that video that Bong Banal was the narrator. And Bong Banal is supposed to be kind of expert in [information technology]. And he's a known advocate of Liberal Party," he added.

Panelo also insisted on the supposed links of some media groups to Advincula.

Asked on the source of this information about Advincula's ties with LP and Magdalo party, Panelo said: "Presidente 'yun (He's a President). He has many sources."

Pressed again on whether the information was verified, he said, "Knowing him (Duterte), as one who is effective President, he would have validated every information he has received."

Panelo, however, could not confirm whether the source of the latest information also came from a foreign source.

For now, he said the Palace would let the Department of Justice led by Secretary Menardo Guevarra determine the appropriate cases that should be filed against the personalities named in the new matrix.

Panelo also refused to say if there was a sufficient evidence against the LP, Magdalo Party, and Advincula, stressing that he would not want to preempt the DOJ's possible recommendation.

Asked if the release of the broader matrix was a mere propaganda, he said: "No, it's not a propaganda. It's a propaganda of these people mentioned or shown in the diagram against this administration and to boost the candidacies of the Otso Diretso."

"Definitely, we are revealing the black propaganda against the administration," he added. (SunStar Philippines)