Senatorial bet hopeful of getting votes from Eastern Visayas 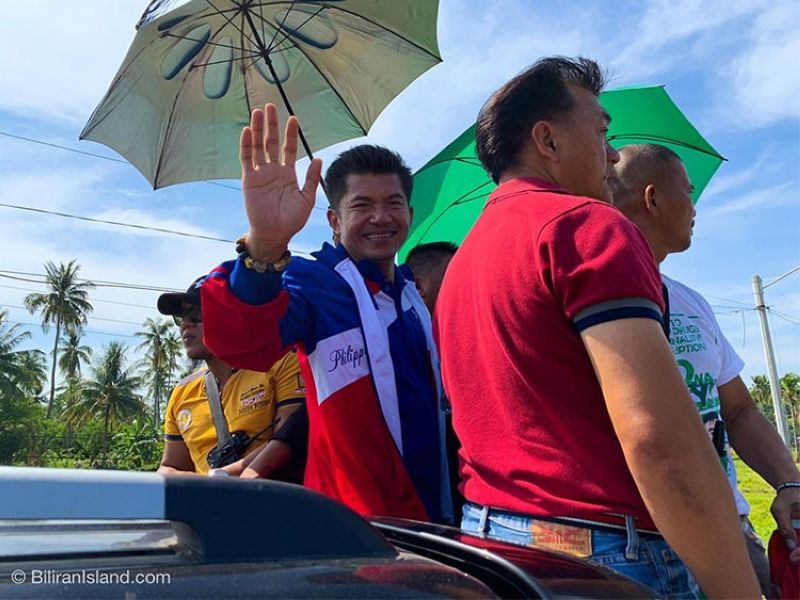 SENATORIAL candidate Glenn Chong visited his home province of Biliran to woo voters one week before the May 13 elections.

His campaign sortie kicked off with a caravan, which was joined by local candidates.

In an interview with the local media, Chong said he is thankful with the support of the Biliranons.

"Human sa siyam ka tuig nga wala ko nila nakita, abi nako'g ila nakong gibuhian (It has been nine years, and I thought they have forgotten me already)," he added.

He said he is hoping to get a lot of votes from Eastern Visayas, particularly in Biliran.

"Kahibawo mo nga anhe ko mosalig og dako kaayo sa atong mga kaigsuonan kay wa tay senador sa Region 8, dugay na kaayong panahon (You know that I will depend on my brothers and sisters in Eastern Visayas, because it's been years since Eastern Visayas had a senator)," he said.

The last time a senator from Eastern Visayas was elected was 64 years ago when Decoroso Rosales of Calbayog City, Samar, won in 1955 elections.

"It is a pride for all of us to have a senator," Chong said. (JC Sabonsolin)