No complaints vs Kapa yet 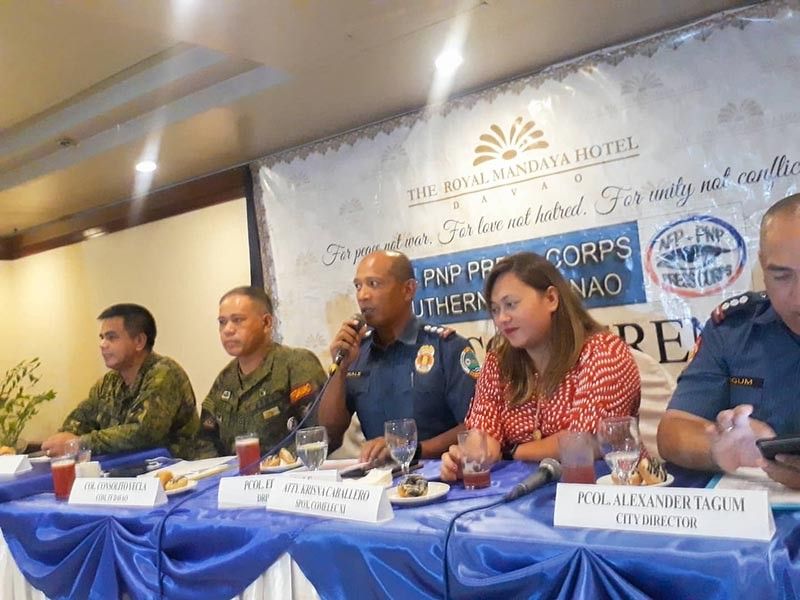 THE Police Regional Office (PRO)-Davao said it has not received any formal complaint against Kapa (Kabus Padatoon)-Community Ministry International, Inc. even after the Security and Exchange Commission (SEC) issued a cease and desist order (CDO) against it.

Police Colonel Eden Ugale, PRO-Davao deputy regional director for operations, said during the AFP-PNP press forum Wednesday, May 8, at The Royal Mandaya Hotel that they already received the order coming from the Department of Interior and Local Government (DILG) to assist the SEC in the enforcement of the CDO.

Although he is not particular with the places of operation of Kapa, he said that it usually thrives in the provinces of Davao del Norte and Davao del Sur. They will coordinate with SEC Davao on how to implement the CDO against Kapa.

“Until now, nobody filed a formal complaint against Kapa so as far as the PNP is concerned, hindi pa tayo pwedeng gumawa ng action. What we can do is ‘yong public advisory na discouraging our people from investing and engaging sa Kapa dahil obviously naman ‘yong kanilang ino-offer ay too good to be true, parang wala namang sound ng business foundation,” Ugale said.

Once there is already a complaint from the public, then that’s the time they will take action.

Kapa is under fire anew as Interior and Local Government secretary Eduardo Año ordered the local government executives and the Philippines National Police (PNP) on May 2 to enforce the CDO released by SEC.

The SEC issued an advisory on October 3, 2018, about Kapa founded by Pastor Joel A. Apolinario, as it enticed the people to invest with a promise of a 30 percent return of investment monthly. On February 14, they issued a CDO against the organization that registered itself as an Independent Religious Corporation.

The commission said Kapa is a registered corporation; however, it is not authorized to undertake business activities as it would require additional legal documents and secondary license such as broker or dealer in securities, investment house, and closed-end or open-end investment company.

Despite the standing CDO against Kapa, they continue to operate based on the “Certificate of Membership with Deed of Donation”. Thus, Año directed all DILG regional directors and field officers, the ARMM regional secretary, local government units/local chief executives (LCEs), the Philippine National Police (PNP) to enforce the CDO in their respective areas.

The DILG has issued an order for Kapa to immediately cease and desist “under pain of contemptfrom engaging in activities of selling and/or offering for sale securities in the form of investment contracts in the guise of a donation or any other forms of same nature.

Año advised the public to stop promoting the investment scheme.

The SEC en Banc approved a resolution on March 7 directed the PNP and the National Bureau of Investigation (NBI) to assist the Commission in enforcing its CDO dated February 14, 2019 against Kapa Community Ministry International, Inc. in accordance with Section 5, subparagraph 5.1 (h) of Republic Act. No. 8799, otherwise known as The Securities Regulation Code.