Sia: Press freedom – but what for? 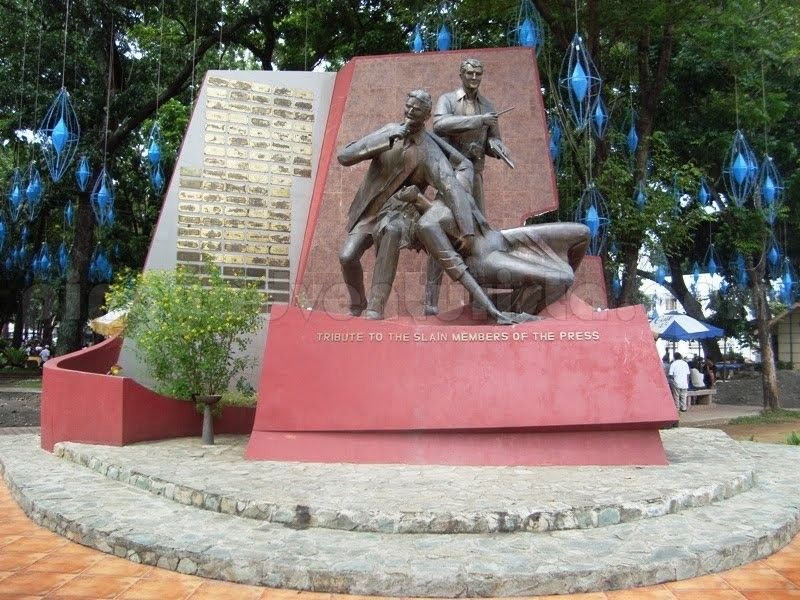 IF IT hadn't been for two books I read and enjoyed in my younger days, I probably wouldn't be in journalism today. The first book – or series of comic books to be more precise – is Hergé's The Adventures of Tintin, whose titular character is an intrepid young reporter whose investigations take him and his little dog Snowy on the most riveting and fantastic adventures all over the world. More technical but no less engaging is the second book, namely Newsletter Writing and Production Handbook for the Spirited Journalist, edited by Alfonso B. Deza and published roughly half a decade after the end of the Marcos regime.

In his preface, Deza quotes renowned journalist and professor Crispin C. Maslog, who observed that once martial law finally came to an end, it didn't take long for the Philippine press to go “back to normal: a free, rambunctious press, sensational, free-wheeling, proliferating, exciting, oftentimes reckless, sometimes irresponsible. As it was in 1972.”

It is unfortunate that apart from its adoption of new media to reach more people in much shorter time, the Philippine mainstream media hasn't changed much since the time Maslog made that statement. At last year's St. Thomas More Lecture held at the University of Santo Tomas, a more elderly but no less diminished Maslog called on us – not just his colleagues but Filipinos in general – to defend our country from “attacks on democratic institutions.”

Needless to say, most Philippine journalists would take to heart Maslog's more recent call to defend democracy, while leaving largely unheeded and ignored his older statement, which I believe is an implied admonishment to behave ourselves as professionals serving the common good.

With our deft command of language, technological savvy and ability to reach and perhaps even persuade an entire nation, it is easy for us media people to be blinded by our own brilliance. This is why, it is so difficult for us to see where we went so wrong when we did, what exactly our mistake was, and why we even fouled up in the first place.

A recent case in point: the media could have simply turned a blind eye on the mess involving poor Jim Paredes, but instead they decided to join Jim's political enemies in the feeding frenzy that ensued. As a result, what was supposed to be a non-issue became much bigger than it had to be.

However, Jim Paredes, whose private life is nobody's business but his and his alone, was not the only casualty in this debacle. Our collective credibility as the country's free press has been further damaged by the reporters and editors who decided to turn Jim's ordeal into revenue-generating clickbait – and it must be pointed out here that this is in spite of Jim's fervently sharing most journalists' anti-authoritarian and anti-Duterte politics! Is this any way to treat an ally?

Moreover, just a few days ago, a comedy show on national television lampooned the Binay political clan using blackface of all things. While I take it that the skit was supposed to be about the supposed content of their character, mocking the Binays for the color of their skin was completely uncalled for. And yet this incident remains largely untouched by the Philippine press. Why? Is it because the Binays were never the media's darlings anyway? Or is it because the media corporation that aired the skit is just too powerful to be held accountable?

Is it any wonder, then, why people don't take journalists seriously anymore?

Regardless, we like to think that people still do. To mark World Press Freedom Day last week, the National Union of Journalists of the Philippines (NUJP) issued a statement accusing Mr. Duterte of going “absurd lengths to stifle the independent and critical media.” Though I may not be a member of the NUJP as of this time, this statement purports to speak for Philippine journalism as a whole, and so please allow me to make this comment:

So long as we in the media keep undermining our own credibility in the ways I have just described and more, there is no need for Mr. Duterte to do any stifling when our supposed audience is already tuning us out more and more, what with our disgusting antics and sins of omission.

We the press already know what we are supposed to be free from. Hence, like the philosopher Nietzsche, we would do well to ask ourselves – and keep asking ourselves – a much more important question: free for what, exactly?