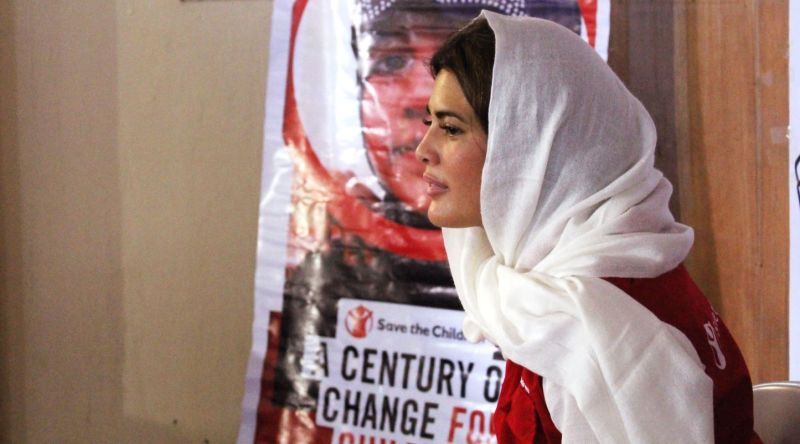 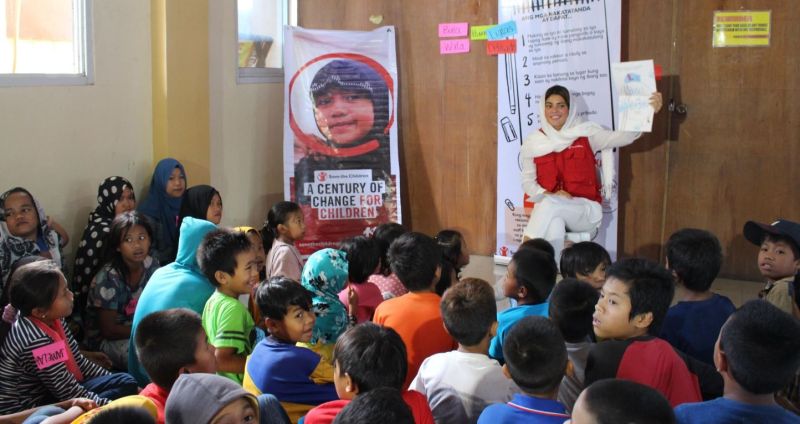 MARAWI. A storytelling session with Miss World Philippines 2018 Katarina Rodriguez about the importance of the voices of the children in peace-building. (Save the Children photo) 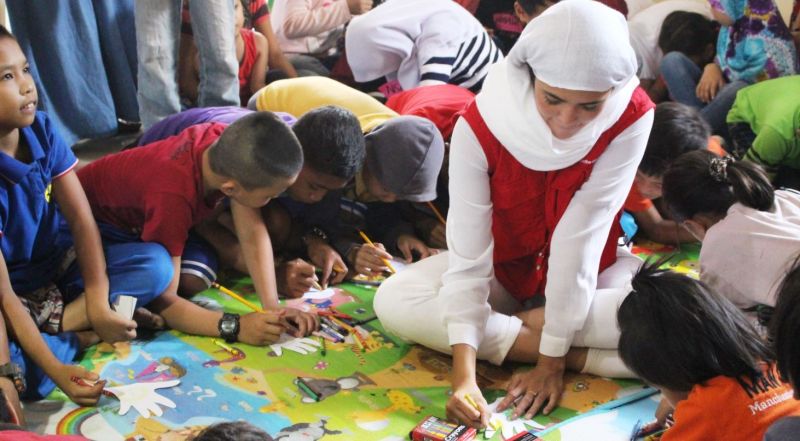 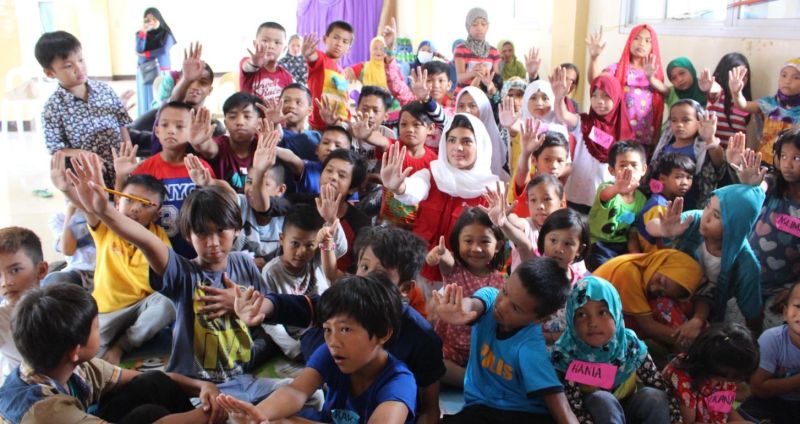 MARAWI. Miss World Philippines 2018 Katarina Rodriguez and Meranaw children doing the stop hand symbol in solidarity with all the children affected in conflict and war. (Save the Children photo)

Rodriguez, Miss World Philippines 2018, took a new role as Save the Children Philippines ambassadress to raise awareness on the impact of war against children, including those in strife-torn Marawi.

Rodriguez, clad in a white hijab and red humanitarian jacket of Save the Children, spent time with some 40 children for a read along and art activity last Sunday in Marawi as part of her role as new ambassador to promote children’s rights.

The activity is one of the psychosocial services of Save the Children Philippines in its Marawi Response Office. The group has also distributed learning materials for children affected by the Marawi siege.

Save the Children is celebrating its 100th year on May 19 with the global campaign "Stop the War on Children" to raise awareness on the deep, devastating and lifelong impact of war against children.

In its study, Stop the War on Children, Save the Children raised the condition of some 420 million children across the world living in conflict areas, including the Philippines.

“We need to educate children about the value of peace during their formative years,” said Rodriguez.

She said lessons about peace help develop the characters of children as human beings that will be reflected on in the future.

The learning session for children 7 to 15 years old is under the program "Children in the Philippines are Not for Sale Project," funded by Radiohjalpen, which aims to educate children about their rights to protection against violence including rape, human trafficking and recruitment by rebels.

Reggie Aquino, humanitarian manager of Save the Children Philippines, said children are agents of change and must be made aware of their rights to prevent the cycle of abuse.

"Together with our partners, a peace-building culture is cultivated among these children through the form of art. We are looking at children not just as victims of war but as partners in creating and maintaining peace," said Aquino.

She said children’s activities include “mural painting” under the theme “Make Art Not War” to enhance capacities of children to prevent abuse and exploitation in conflict setting.

“Save the Children stands together with communities and other stakeholders in protecting children living in conflict,” said Aquino.