Bzzzzz: Panelo's matrix, Diaz and Ho, cockroach and Imee. Duterte's appeal to Cebu City voters. And will anyone produce a bang in Labella-Tomas debate? 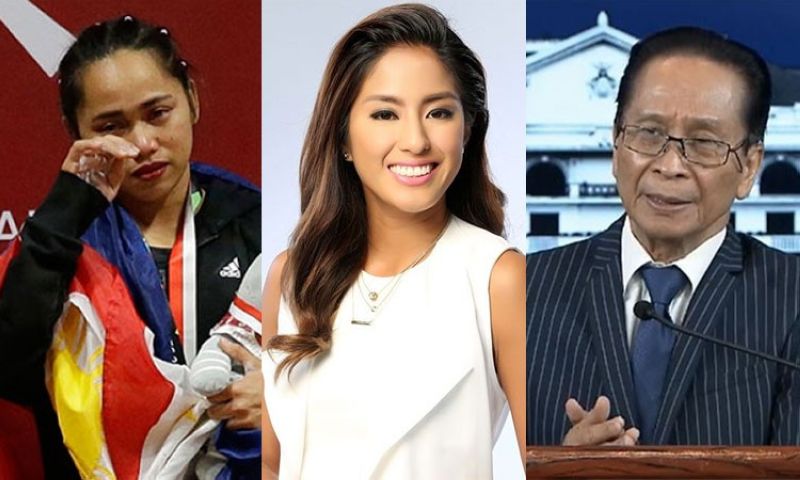 LOCALLY, the strong endorsement of PDP Laban-Barug candidate for mayor Edgar Labella last Monday (May 6) by President Rodrigo Duterte eclipsed the criticisms of Mayor Tomas Osmeña against the police and his "expose" of bribery on the city police chief Royina Garma.

Tomas's blasts were also drowned out by the disclosure of the mayor's alleged illegal gambling activities. Besides, Tomas's attack was directed at Garma, not Labella.

The appeal of Duterte to city voters to "let go" of the present ruler of the city may influence the election results. Or it may not.

On the national stage, Presidential Spokesman Salvador Panelo's matrix show links more personalities to the alleged plot to oust the president. Including, believe it or not: Olympian Hidilyn Diaz and TV host Gretchen Ho. Both Diaz and Ho called the accusation incredible and ridiculous. And Panelo had promised explosive revelations.

Besides, the matrix is no evidence (see item below). What Panelo should have presented was evidence of the "plot," not just what they think who plotted.

And about that debate Friday afternoon (May 10) between Tomas and Edgar. People will watch out for any serious blunder that could make its author want to kick himself on the butt and ask why the heck he agreed to the debate. And, of course, people look for real explosive negative material, not the kind that Panelo has produced so far.

* "GIFT FROM GOD." During a campaign rally in Garcia Hernandez, Bohol Wednesday night (May 8), President Duterte reportedly said his victory in the 2016 elections was a "gift from God." He must not be referring to, in his words, "the stupid Catholic God."

* COCKROACH AND IMEE. In the same Bohol campaign rally, a cockroach landed on the president's shirt an hour and a half into his speech, then crept towards Duterte's upper arm. He was then praising senatorial candidate Imee Marcos. Purely coincidental; the cockroach was not protesting against the mention of the late Ferdinand Marcos's daughter.

The cockroach, unidentified and not caught, could not be asked what he thought of the mayor's back. But it is known to love filthy spots.

P.S. "Cockroach" is also a cuss word, along with "pest" or "peste." Mayor Tomas Osmeña used to call broadcaster Bobby Nalzaro a cockroach, which the mayor must want to crush by stepping on, or swatting, it.

* "GRADE-SCHOOL MATRIX." Edwin Lacierda, former spokesman of president Noynoy Aquino has called the matrices presented by Malacañang as "grade-school matrix" because of their poor quality.

More important is its value as evidence. To be valuable in proving a crime, it must be evidence-based. The matrix helps investigators, and later prosecutors and judges, to assess the evidence. But it is only aid to understanding evidence. It is not the evidence itself. And unless the matrix was prepared by the suspects, it is self-serving and cannot be deemed evidence.