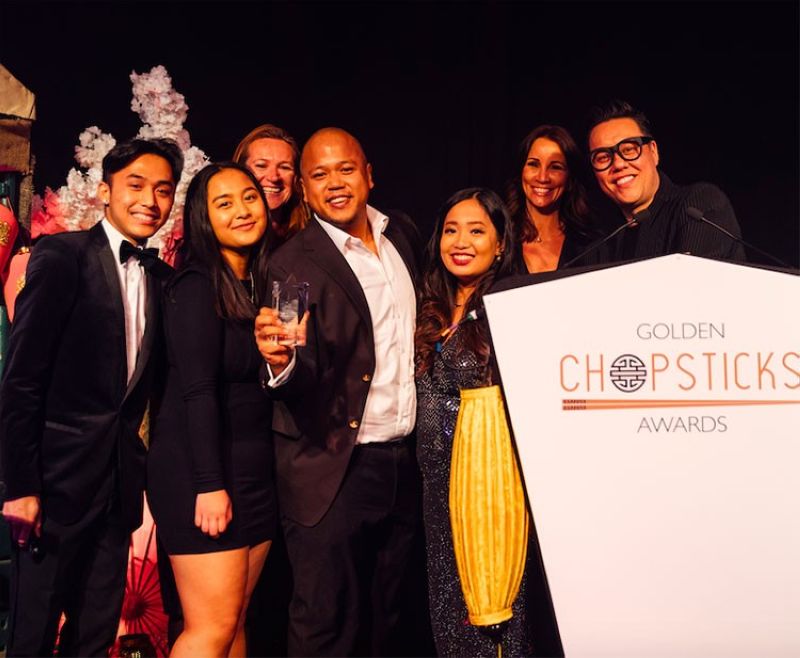 The GCA is a prestigious award aimed at recognizing the significant contribution of Asian cuisine in the United Kingdom’s culinary scene.

Mamasons competed in one of the 22 award categories and was one of around nine Filipino restaurants and pop-ups that were shortlisted in the different GCA categories.

Winners in categories such as the Best Sweet Treat award were voted for by members of the public over a six-week period.

“A massive thank you to everyone who voted for us and to the whole team at the Golden Chopsticks Awards for putting on such a special night celebrating the brilliant array of Asian cuisine in the UK. We are truly honored and we could not have done it without all your relentless support,” said Mamasons in an Instagram post immediately after the award was conferred.

“We had a goal, and that goal was to spread the love and flavours the islands of the Philippines have to offer,” it added.

Mamasons opened its first branch in London two years ago at Kentish Town in Camden and has since garnered a steady following.

It opened its second branch in China Town in 2018 following an invitation from Shaftesbury, one of the UK’s culinary king makers.

“We are truly proud of Mamasons’ achievement,” said Ambassador Antonio Lagdameo. “Since it first opened its doors to the public, Mamasons has been one of the biggest success stories in sharing the story of Philippine culture one scoop at a time.” (PR)