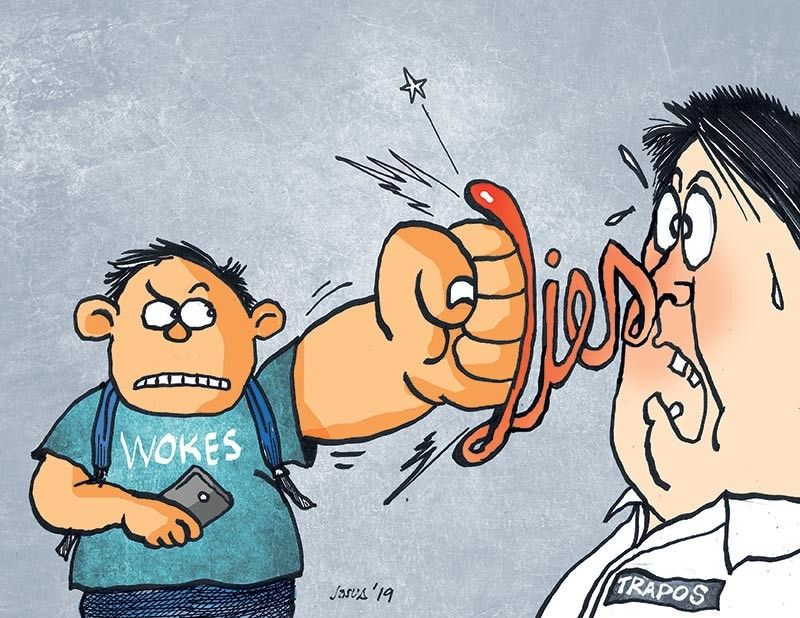 YOUTH may be that time when one is dazed by rock and roll and entertainment. But if there’s anything that the recent mock polls in universities indicate, it is that at best, youth knows that entertainment does not share space with the gravity of choosing leaders.

It appears that the university students have voted far differently from the ones in the Social Weather Station March 28-31 survey. In the top list were Chel Diokno, Neri Colmenares, Samira Gutoc, Florin Hilbay and Erin Tañada. Those who figured in the SWS survey, such as Bong Go, Bong Revilla, Bato dela Rosa, Lito Lapid and Jinggoy Estrada were practically bottom if not invisible.

The students from the seven universities appear to vote for the Otso Diretso candidates instead of the Hugpong ng Pagbabago bets.

In the 2016 elections, 45.49 percent of registered voters belonged to the youth group, constituting about 24.7 million. Data from the Commission on Elections say the youth—those born in the mid-90’s and early 2000—comprise more than 18 million of the registered voters.

These figures indicate that the survey results in the campuses are not to be taken lightly.

This is not, however, the kind of tack most local candidates are taking. The local bets deem it rather pragmatic in this mid-term elections to align oneself with the administration party, understandably so because, as they say, meat is always sweeter nearer the bone. Still, there is the youth vote that delivers a possible lift.

So why are the opposition senatorial bets favored by the university students? It appears that the mindset goes against populist sentiments, seemingly unaffected by social media noise. Otso Diretso candidate Chel Diokno figures prominently in all seven campuses, and now gets the youth-coined moniker “Woke Lolo.”

Woke, an African-American slang, evolved to mean socially aware, active against injustice and oppression, pushing for human rights. So down there, quite taken lightly by bets in the frenzy of the race, is a woke vote that might just upend whatever confidence one gets from the SWS survey.