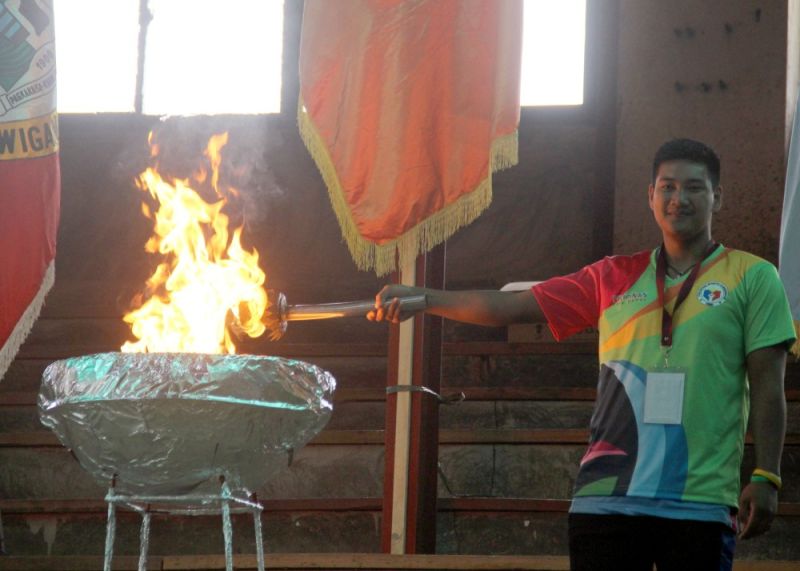 PARA GAMES IN BENGUET. Efren Abance lights up the torch on Thursday during the opening of the Pilipinas Para Games at Benguet Sports Center in Wangal, La Trinidad. Photo by Lauren Alimondo

Dubbed as “2019 Pilipinas Para Games differently abled sports for life,” Jan Facundo of Philippine Sports Commission said the sport event seeks to empower the province and to show athletes there is a career and opportunity in the Philippines when it comes to Para Games.

PSC is eyeing to make the event a yearly activity and return to Benguet and see the growth and development of differently abled athletes.

The first Para Games for youth is in partnership with the Province of Benguet, Philippine Olympic Committee and the Philippine Sports Association for Differently Abled (Philspada).

“This is PSC way to help the Philippine Olympic Committee to find new breeds for the national team,” Facundo added.

Games in chess and bocce started Thursday with other events commencing the next day.

He added one of priority programs of the local government unit is set for differently abled athletes serving as an inspiration in the field of sports.