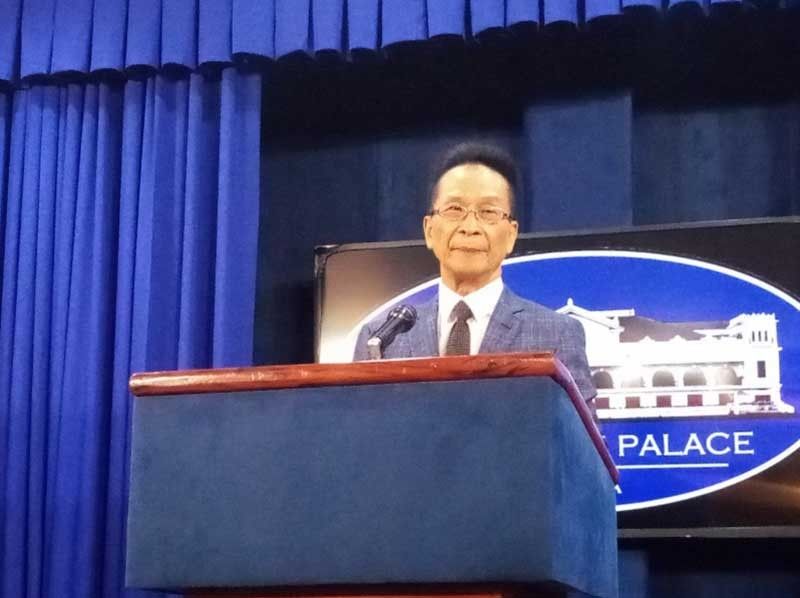 AN IRATE Presidential Spokesperson Salvador Panelo has chided a satirical Facebook and Twitter account for editing his photo and creating a political meme that boosts the senatorial bids of the opposition candidates.

Panelo blasted the meme as "defamatory" and said this was created by the account Malacañang Events and Catering Services out of "extreme desperation".

"Some supporters of the political opposition are showing signs of extreme desperation as D-Day or the Election Day, May 13, approaches," the Palace official said in a statement late Thursday night, May 9.

"While we understand that the post is a political meme, which is the norm in this campaign season, the same however amounts to a defamatory imputation. It is a given fact that there are still netizens who believe in what they see or read on the internet, including images that have been obviously altered, edited or photoshopped," he added.

Posted by Malacañang Events and Catering Services on Wednesday, May 8, 2019

The meme was created from a photo of Panelo presenting a new matrix of the alleged Oust Duterte plot during a press briefing held Wednesday, May 7.

The matrix being shown by Panelo was edited by Malacañang Events and Catering Services to make it appear that he is endoring "Otso Diretso" senatorial candidates, Bayan Muna Representative Neri Colmenares, and labor leader Leody Guzman for an "independent" Senate.

Panelo described the meme as "false news" and asked Facebook to fact-check.

"This is nothing but false news dished out by the supporters of the political opposition which by its reckoning is headed for a resounding debacle," he said.

"Perhaps, the purported fact-checkers of Facebook can do their job and at least show their impartiality," the Palace official added.

Panelo also said the "malicious use" of his image was part of the opposition's "black propaganda and political mudslinging."

He added that the circulation of meme showing "bogus" endorsement merely proves the government's "effective" way of neutralizing the black propaganda against the President.

The new matrix released on Wednesday accused some members of the Liberal Party and Magdalo group of conspiring to unseat President Rodrigo Duterte and boost the candidacy of the opposition senatorial slate Otso Diretso.