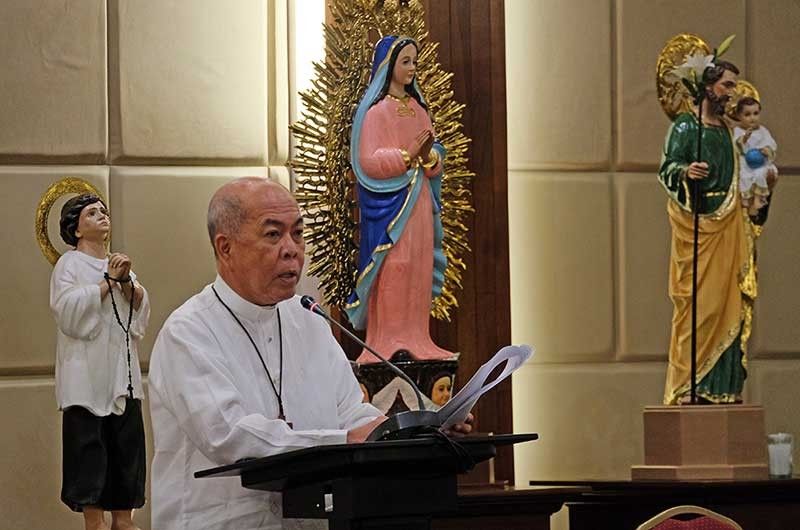 THE Catholic Bishops Conference of the Philippines (CBCP) on Friday, May 10, vehemently denied reports that it has endorsed a number of senatorial candidates for the May 13 National and Local Elections.

In a brief statement, CBCP President Romulo Valles said there is no truth to reports that the bishops’ body has made endorsements of particular candidates.

“News is circulating that the CBCP has endorsed a number of senatorial candidates (10 names). This is pure fake news! Absolutely not true!” said Archbishop Valles.

“I repeat: The CBCP did not make any such endorsement!” he added.

Valles said this is because the CBCP has long established to be non-partisan, especially during elections.

“Bishops and priests are not allowed to do that! That is clearly partisan politics,” said Valles.

What the CBCP is advocating for, the Davao prelate said, is for all voters to vote wisely come May 13.

“Let us continue to pray to the Lord for a peaceful, credible, and honest elections!” said Valles.

Earlier, Bishop Broderick Pabillo, CBCP-Episcopal Commission on the Laity Chairman, issued a statement urging the faithful to adhere to the discernment of credible lay leaders, such as the People’s Choice Movement (PCM).

The Sangguniang Laiko ng Pilipinas (LAIKO) subsequently adopted the 10 candidates endorsed by the PCM, which is a group of Christian leaders from Catholic, Evangelical, and Protestant organizations. (HDT/SunStar Philippines)