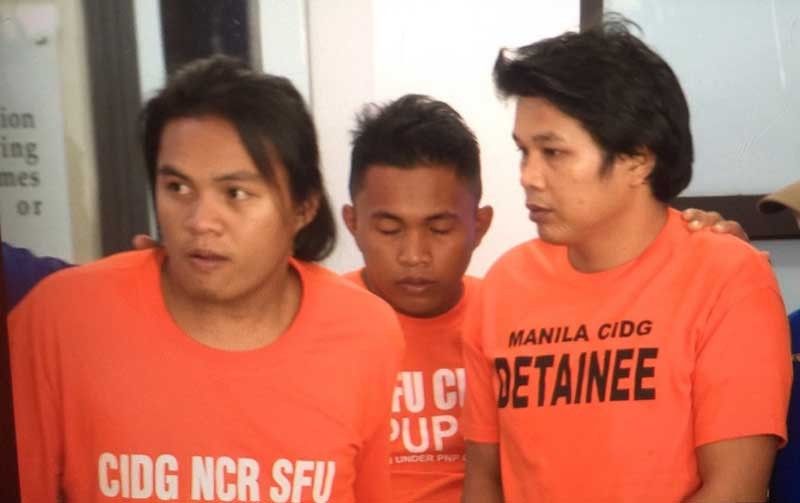 Manalinding and Manatao, who are from Marawi City, were arrested around 3:30 a.m. on Rimas St. Barangay Baclaran, Parañaque City for illegal possession of firearms and explosives as well as violation of the Act Providing for Synchronized National and Local Elections and for Electoral Reforms.

Recovered from them were assorted firearms and ammunition and grenade.

Ibay said Manalinding is allegedly a finance facilitator and recruiter of the extremist group.

Sarip, on the other hand, was arrested after authorities served a search warrant for illegal possession of firearms and explosives in Sto. Domingo in Cainta, Rizal around 6 a.m. Friday.

He is allegedly a propagandist who is in charge of spreading propaganda for the group.

Confiscated from him were assorted firearms and ammunition, grenade and a suspected ISIS (Islamic State of Iraq and Syria) flag.

Ibay said the arrest of the three is a follow-up operation of the arrest of Jeran Aba, an alleged member of the Abu Sayyaf in Quiapo, Manila in December.

Aba, according to the National Capital Region Police Office (NCRPO), is part of a group who planned to stage an attack in Metro Manila that month.

However, he said there is no such information that the group is planning to stage an attack during the election on Monday, May 13. (SunStar Philippines)