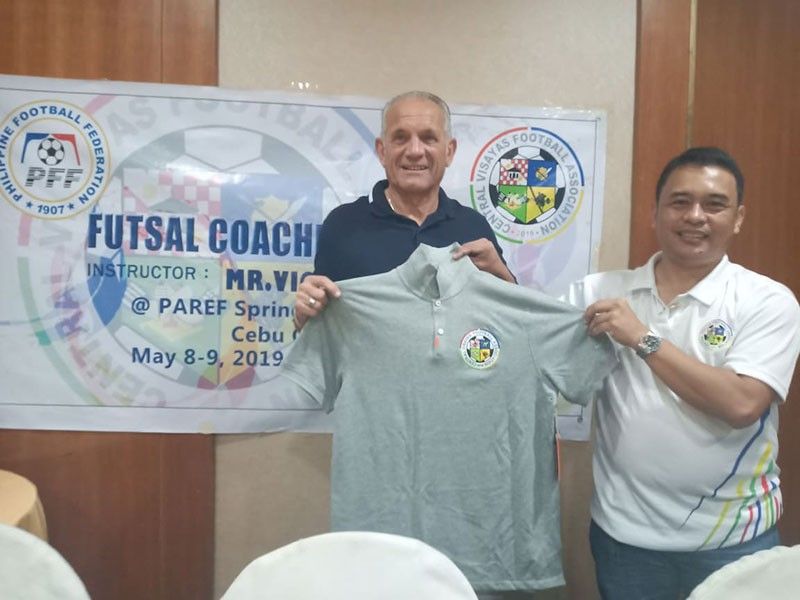 RENOWNED coach Victor Hermans spoke highly of the country’s potential for futsal after holding a two-day clinic at the Paref Springdale campus last May 8 to 9.

“Definitely there’s a potential. I have seen the locals play, especially the girls who are around 14 years old,” said Hermans. He added that with the right structure, these players can become prospects to the national team.

Hermans even cited that when it comes to futsal, the Philippines is not far behind the powerhouses in Asia like Thailand, Japan and Malaysia.

“There’s work to be done to get to their level. But right now, you are not far behind,” he said.

Central Visayas Football Association (CVFA) president Rodney Orale said one of the challenges for them is the lack of regular futsal tournaments.

“Right now, the regular tournament for the local players are only the Batang Pinoy and the Allianz (Futsal Invitational). There should be more competitions,” he said.

Orale added that promoting futsal will be included in the CVFA’s annual program.

“We are touring the province in partnership with the Cebu Provincial Sports Commission and the Department of Education. We brought coaches to the municipalities to teach. We have seen players in the province who have very high potential,” said Roa. “There’s one player from Alcoy who played for Region 7 in the Palarong Pambansa.”

“We had some success in the past years of our futsal program. The high school players are now stable. So we plan to go to the lower age group, ages 8 to 11,” he said. (RSC)