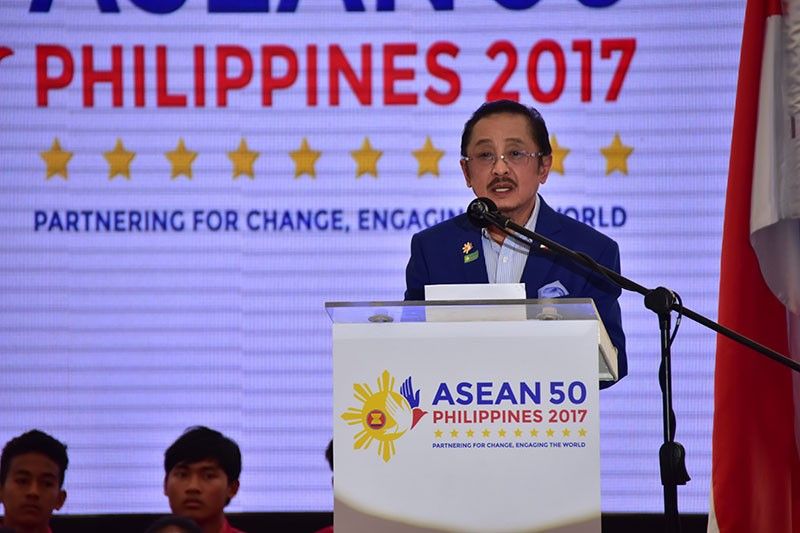 MINDANAO just lost one of the great leaders in peace and development but he will surely be remembered with the legacy he left.

Minda officials remembered their leader who they said was a significant contributor in advancing Mindanao and the lives of its people.

Minda public relations head Adrian Tamayo told SunStar Davao Friday, May 10, that Alonto was a patriot, a leader, a father and a true warrior for peace and had always been sincere with his words and lives a life dedicated to public service.

“Today, I lost a hero but his legacy for Mindanao shall live on, his inspiring life will always be a significant part of my public and private life,” Tamayo said.

“With him around and in the many times I come across to talk to him, his words will always be about the future generation to come. He is always passionate and filled with energy, but he can always make things light with his humor,” he added.

Tamayo said that among his contributions as a leader was the accelerated prioritization of projects like the Panguil Bay Bridge, Tagum-Davao-Digos (TDD) segment, and identification of ecozones for investment, where Minda is a coordinating body.

“I am forever grateful for your trust and confidence. We lost a father in you. But, journey on Datu Sec. You may be gone from our sight, but never from our hearts. Your inspiring leadership and Mindanao legacy live on,” he added.

The Palace, through an official statement of Chief Presidential Legal Counsel and Presidential Spokesperson Salvador Panelo Friday, acknowledged Alonto’s service to the public and his effort in the socioeconomic transformation of Mindanao.

“The nation is grateful for his services and we are confident that his legacy would continue to inspire leaders, government workers, and people to advance the cause of peace and development in Mindanao,” Panelo said.

In September 2016, Alonto was appointed as the first Muslim chair of Minda. But even before that, he also served the government in various capacities. He was elected as Vice Mayor of Marawi City in 1972 and later became Acting Mayor of Marawi City in 1974. He was likewise elected as an Assemblyman in 1979 and sat as the Interim Head of the Regional Autonomous Government.

Personalities from the different sectors also extended their sympathy and condolences to the bereaved family.

“Sincerely extending our condolences to the family of the late Secretary Abul Khair Alonto who passed away last Thursday. He was a great Moro contributing immeasurably to the welfare of Mindanao with his selfless service and sacrifices,” Moro National Liberation Front (MNLF) spokesperson Randolph Parcasio told SunStar Davao.

“Inna lillahi wa inna ilayhi rajiun. Minda Chair Datu Abul Khayr Alonto is one of the Top 90, the founding members of the MNLF. He was the 2nd Vice Chair of the MNLF who took over from the late Utto Salahuddin of Basilan after the latter martyrdom in November 1972,” Bangsamoro Transition Commission commissioner Mussolini Lidasan said.

“He will be remembered for his unwavering support for the Chamber and the business community in Mindanao,” read the DCCCII online statement.

The Department of Transportation (DOTr) assistant secretary Eymard Eje said his advocacy to promote peace is worthy of respect, especially of the generations to come.

“His achievements as the first Minda Secretary will forever be etched in history, as it creates a lasting impact not only in Mindanao but to the entire country,” he said.