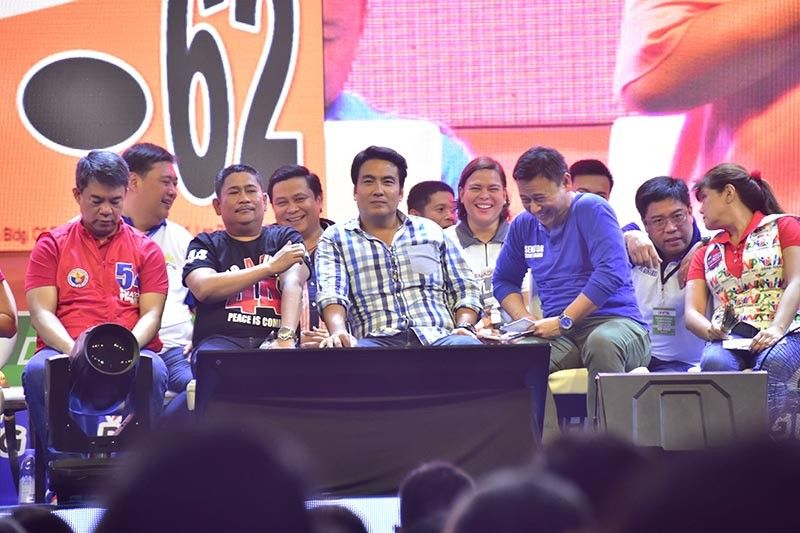 DESPITE being endorsed by the administration, some senatorial candidates fell short from the top list, based on recent electoral surveys. However, candidates shrugged off the result, even questioning its credibility.

Mangudadatu refused to name the undersecretary for now, however, he said the name will come out in due time.

“May ebidensya ako. May acknowledgment receipt ako na binayad doon sa undersecretary (I have evidence. I possess an acknowledgement receipt that I paid to the undersecretary),” he said on Thursday afternoon during a Hugpong ng Pagbabago (HNP) rally press conference at the San Pedro Square.

Mangudadatu said the former undersecretary is asking for P2 million.

He also confirmed that there are corruptions in the surveys conducted by survey companies.

He still believes that the judgment on the position would still be up to the people.

Manicad, a former journalist for almost 20 years, said he had been covering previous elections, saying he had witnessed discrepancies especially in survey results.

Despite being endorsed by the administration, Manicad and Mangudadatu failed to land in the magic 12 slot.

Although the former journalist believes that the president’s endorsement has a bearing to the candidate’s winning in the election.

Unlike the two candidates, Villar maintained her slot in the top 12.

“It’s just a survey. Delivery of votes is another thing. You can never be sure,” she said.

Re-electionist Sen. Bam Aquino of the opposition slate Otso Diretso was often included in the top 12 of the surveys while independent candidates reelectionist Senators Grace Poe and Nancy Binay, and former senator Lito Lapid were usually leading the surveys.