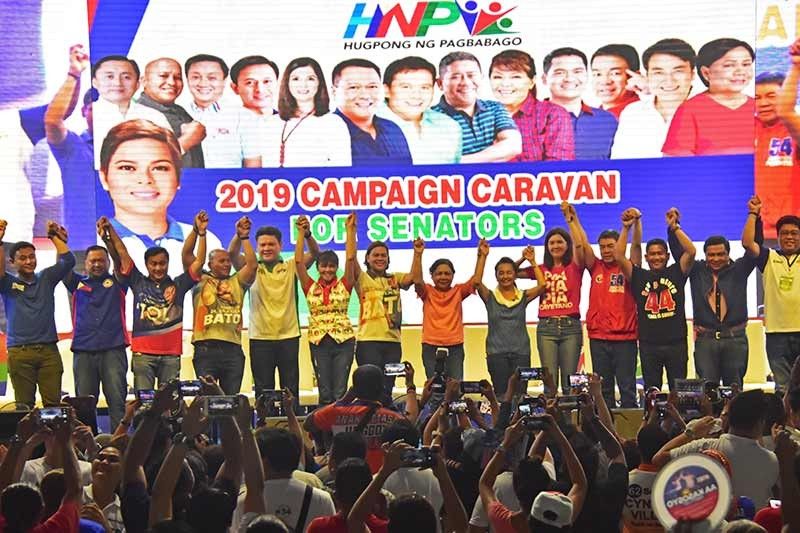 PRESIDENT Rodrigo Duterte was a no-show anew, this time, at the campaign rally of the Hugpong ng Pagbabago (HNP).

Duterte was invited as guest of honor during the HNP rally, Thursday evening, May 9, at the San Pedro Square.

However, his daughter, Davao City Mayor Sara Duterte-Carpio, announced on the last-minute that the president will no longer be joining the caravan. She said the President was monitoring the entire program through live stream.

Duterte-Carpio, the party’s chair, said the President is asking those present in the rally to show their support to all administration ally candidates, both from HNP and Partido Demokratiko Pilipino–Lakas ng Bayan (PDP-Laban).

Former presidential aide and senatorial candidate Christopher “Bong” Go said in an ambush interview that the President needed to take some rest after having series of appointments the day before the rally.

The president is the party’s national chairman.

Meanwhile, the HNP rally in the city was the last stop before the midterm elections on Monday, May 13.

Despite the heavy rain, the crowd stayed throughout the event, as song and dance numbers were presented to entertain them.