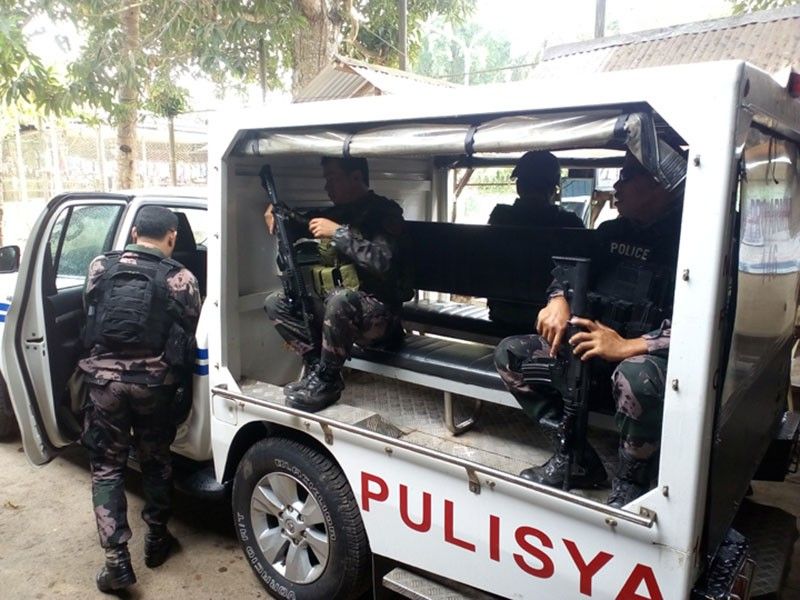 ZAMBOANGA. Colonel Rufino Inot, Basilan police director, on Saturday, May 11, 2019 leads the security patrol in the province and distributes hi-tech radio to policemen assigned in areas with weak and no signal of cellular phone. (Bong Garcia)

Albayalde has visited the headquarters of the Police Regional Office-Zamboanga Peninsula where he also met the police directors of Basilan, Sulu and Tawi-Tawi provinces.

Inot led Saturday the distribution of the radio transceivers to policemen assigned in areas that have no cellular phone signal.

He said the municipalities of Ungkaya Pukan, Tipo-Tipo, and Albarka are among the towns with weak signal and “dead spot” areas in the mainland of Basilan province.

The police director said that the island municipalities of Tabuan Lasa and Hadji Muhtamad are also among the towns with weak cellular phone signal.

Basilan province comprises of two cities - Isabela and Lamitan - and 11 towns. The municipalities are Tuburan, Mohammad Ajul, Akbar, Sumisip, Maluso, and Lantawan aside from the five towns with weak cellular phone signal.

Inot said the policemen tasked to render election security duty have already been deployed and in place.

Meanwhile, the registered voters of Basilan have been urged to exercise their rights of suffrage by casting their votes on Monday’s mid-term polls.

The call for the registered vote on Monday were sounded by Provincial Board Member Alfiya Akbar-Fernandez and former Governor Mujiv Hataman of the Autonomous Region in Muslim Mindanao (ARMM).

Fernandez is a candidate for governor under the Lakas-Christian and Muslim Democrats (Lakas-CMD) political party while Hataman is seeking election for congressman in the lone district of Basilan under the Liberal Party (LP).

Both Fernandez and Hataman said the electorates must exercise their right of suffrage in order for them to choose the leaders for the province of Basilan. (SunStar Philippines)