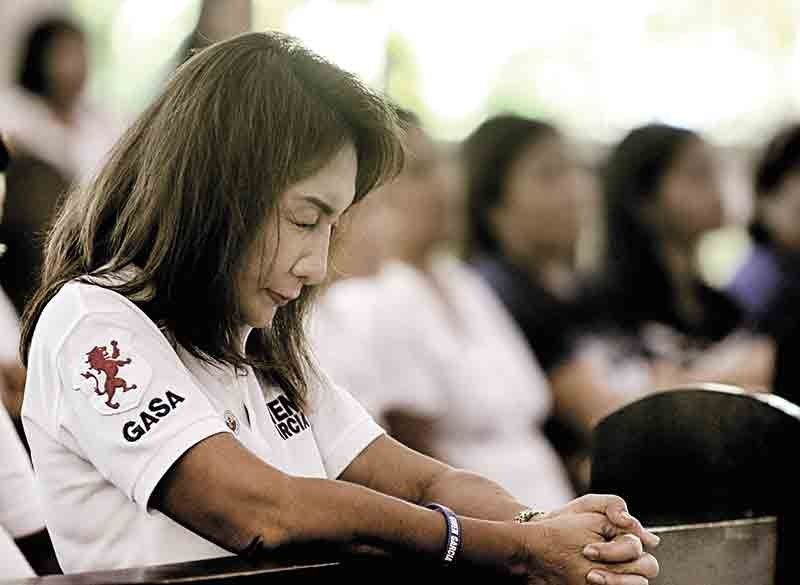 “ALL in God’s perfect time.”

So said gubernatorial candidate Rep. Gwen Garcia (Cebu, 3rd) after the Court of Appeals (CA) reversed and set aside the decision of the ombudsman finding her guilty of grave misconduct over the Balili property in the City of Naga.

The decision of the CA Special Division of Five was promulgated last May 10, three days before the May 13 elections.

“I thank God for His continued protection against my political persecutors. Once again, truth, justice and the rule of law have prevailed. The CA’s decision reversing former Ombudsman (Conchita) Morales’ ruling couldn’t have come at a better time with the elections just two days away,” Garcia told SunStar Cebu in a text message on Saturday, May 11.

But for Garcia’s political rivals, Vice Gov. Agnes Magpale and Gov. Hilario Davide III, the development does not mean the congresswoman is off the hook.

In a joint statement issued May 11, Magpale and Davide said: “Cebu deserves a governor whose energy and attention are focused on the progress of Cebu, not one who will be attending numerous hearings on various administrative and criminal cases pending against her.

“Cebu deserves better, Cebu deserves more and as public servants, our duty is to serve and protect the interest of Cebuanos and not our own interests. The decision to reduce the penalty does not acquit her of just one of the many crimes she has committed against the Cebuanos.

“The court’s decision in this case is not yet final and the ombudsman who served the decision that the accused Garcia should be perpetually disqualified can still file a motion for reconsideration or a petition for certiorari at the Supreme Court.”

The CA found meritorious Garcia’s petition for review of the Dec. 19, 2017 ombudsman decision finding her guilty of grave misconduct and its subsequent July 18, 2018 order to dismiss her from service.

The decision was signed by five associate justices.

It zeroed in on the assignment of three errors: that the ombudsman violated Garcia’s right to a speedy disposition of the case; that Garcia is liable for simple misconduct and not grave misconduct; and that the condonation doctrine should be applied.

The complaint against Garcia and 10 other Capitol officials for grave misconduct and gross neglect of duty was filed on Dec. 7, 2012 by Davide and two others over Garcia’s “unilateral decision” to start filling the mangrove and submerged portions of the Balili property without Provincial Board (PB) approval.

On Dec. 19, 2017, the ombudsman rendered a decision finding Garcia guilty of grave misconduct for entering into contracts with ABF Construction for the filling works without PB authority. (RTF)