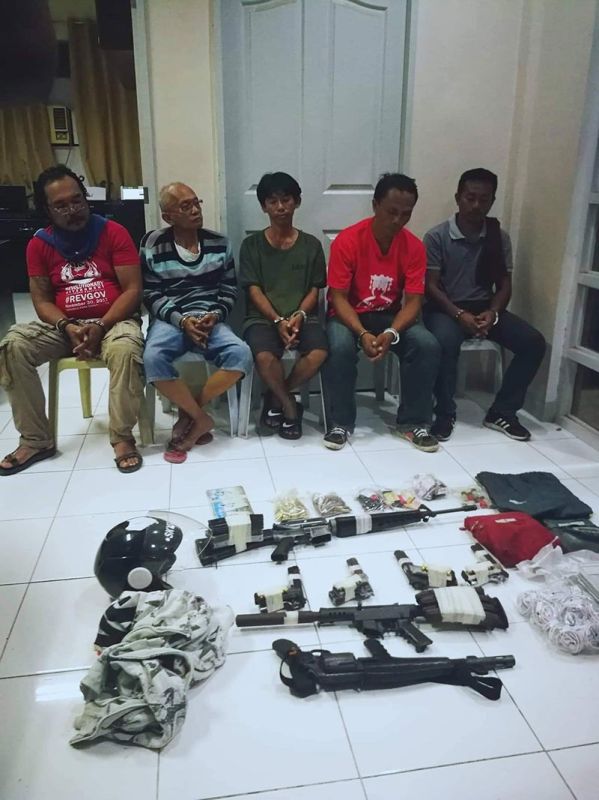 DAYS before elections, five armed men including a barangay chairman and a retired army, were arrested and are now facing charges for violation of the Omnibus Election Code after several firearms were recovered from them on May 10, at a police checkpoint at Kilometer 80, Barangay Kiblagon, Sulop, Davao del Sur.

Police Regional Office (PRO)-Davao regional director Police Brigadier General Marcelo Morales said that a deeper investigation is now being conducted to check whether the firearms are licensed after the suspects were unable to present documents for carrying and transporting these.

"We will release an official statement again as soon as collective information be enough to establish the concreteness of the facts of the case," Morales said.

Morales added that one of the suspects, Paras, is the brother of running Mayor of Malalag, Roel Paras.

These individuals were arrested while the Philippine National Police (PNP) personnel 3rd Maneuver Platoon 1st DSPMFC, 1103rd RMFB 11, and Sulop Municipal Police Station (MPS) were conducting checkpoint at the area when they noticed a suspicious-looking Mitsubishi Strada incoming with no plate number.

Upon checking inside the vehicle, they discovered high powered firearms on the vehicle’s seats.

They confiscated from the suspects’ possession one caliber 45 (Llama Max-1); one caliber 45 ACP (1911 Norinco); and three calibers 45 Colt. All pistols were loaded with eight live ammunition.

"We are still conducting an in-depth investigation of these people including this barangay captain. Actually, we are keeping a tight watch on this province for its history on politicians with private armies. However, we are still doing background check of the suspects,” he said.