Duterte to Sara: Presidency will destroy you 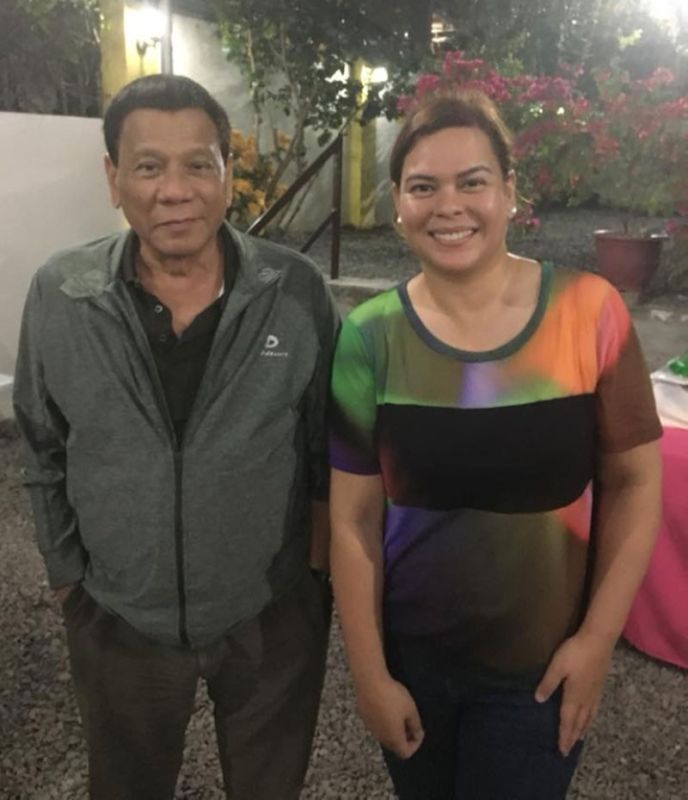 PRESIDENT Rodrigo Duterte on Monday, May 13, publicly warned daughter Sara Duterte-Carpio against taking on the presidency in 2022 as called for by some sectors.

"Inday, I am publicly warning her, the presidency will not educate you. It will just destroy you, especially with the kind of media ngayon (that we have now, they are) paid hacks," he said.

"And they (paid media) themselves know that they're dishing (a) lie. They proclaim to the world with protestations that they are the victims," Duterte added.

This was the message of President Rodrigo Duterte to his daughter, Davao City Mayor Sara "Inday" Duterte-Carpio, when asked by reporters about some sectors floating Sara's name as a presidential candidate.

Duterte-Carpio, who is seeking reelection, has quashed rumors that she would run for the highest executive post in the land in 2022, when her 74-year-old father steps down from office.

Apart from Duterte-Carpio, two other presidential children are also running for various positions in Davao City.

Paolo, the President's eldest son, is seeking a seat at the House of Representatives representing Davao City's first dstrict, while Sebastian is running unopposed for vice mayor of Davao City.

The President, who reiterated that he is ready to vacate his post any time soon, advised his children that it would better to retire from politics early.

"The earlier they go out of the politics, the better," Duterte said. (SunStar Philippines)