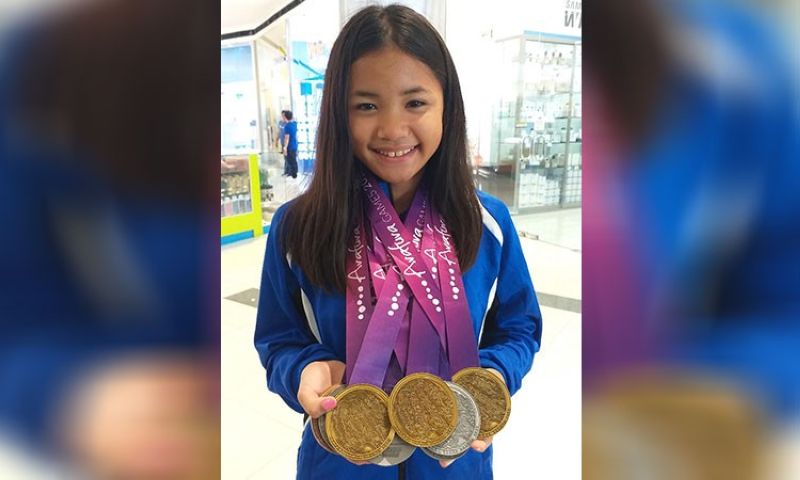 ARAFURA Games (AG) 2019 champions Lora Micah Amoguis, Ivo Nikolai Enot and Joshua Raphael del Rio were one in saying they could not possibly win gold medals if they competed in the recently-concluded Palarong Pambansa 2019 in Davao City.

Del Rio, 16, of Ateneo de Davao University, who won one gold, three silvers and three bronzes in AG held in Darwin, Northern Territory, Australia, during the time the Palaro was being held here, said he monitored the Palaro swimming competition while he was in Darwin.

Amoguis, 13, of Abbas Orchard School, for her part, said it would be her first time to compete in the secondary division, thus, she would be up against older and more experienced swimmers.

Amoguis, who brought home three golds, five silvers and one bronze, said, "I've seen the time of those who competed in Palaro, they were really fast."

Enot, too, would have made his secondary division debut in the Palaro. Thus, chances to clinch a gold was slim. He instead struck for three golds and five silvers in the Arafura Games 2019.

Davraa slumped to 11th place from ninth in the overall medal tally with a total of 13 golds, 22 silvers and 37 bronzes.