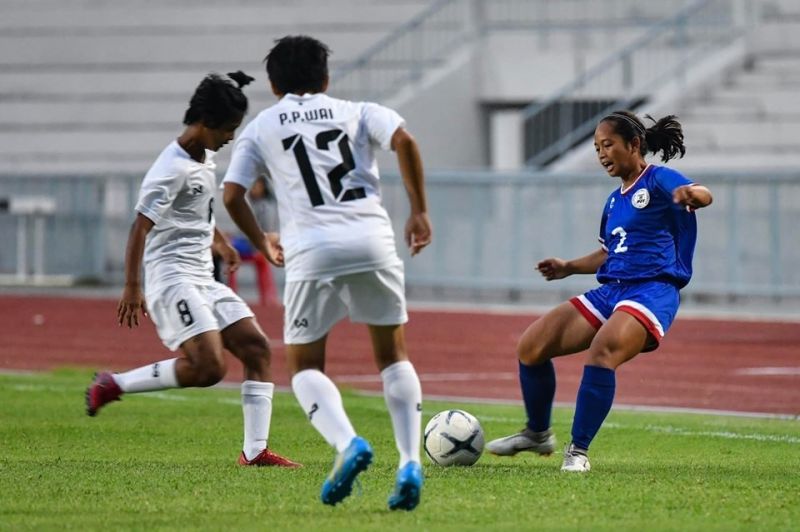 THAILAND. A striker from the Philippines (right) is up against two Myanmar defenders in their group A game held Sunday, May 12, in the ongoing Asean Football Federation (AFF) U15 Girls Championship 2019 at the Gymnastics Institute Chonburi Campus, Thailand. Philippines won this one, 5-0. (Photo from FA Thailand Facebook page) 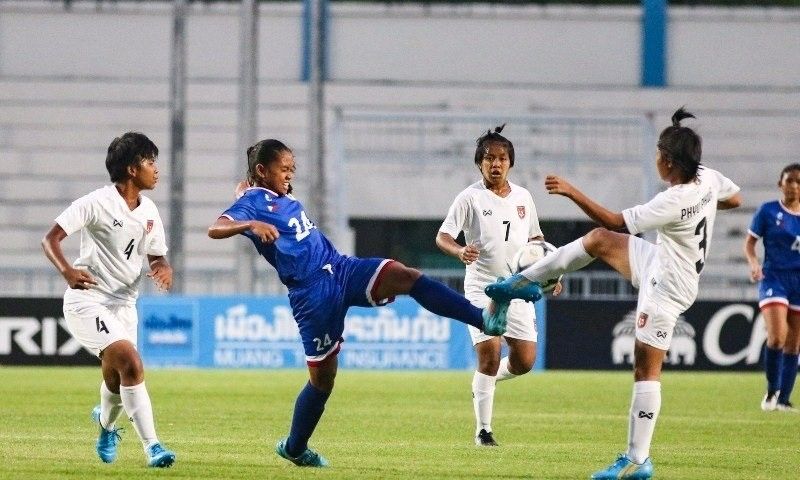 THAILAND. Players from the Philippines and Myanmar fight for ball possession in their group A game Sunday, May 12, in the ongoing Asean Football Federation (AFF) U15 Girls Championship 2019 at the Gymnastics Institute Chonburi Campus, Thailand. Philippines won this one, 5-0. (AFF) 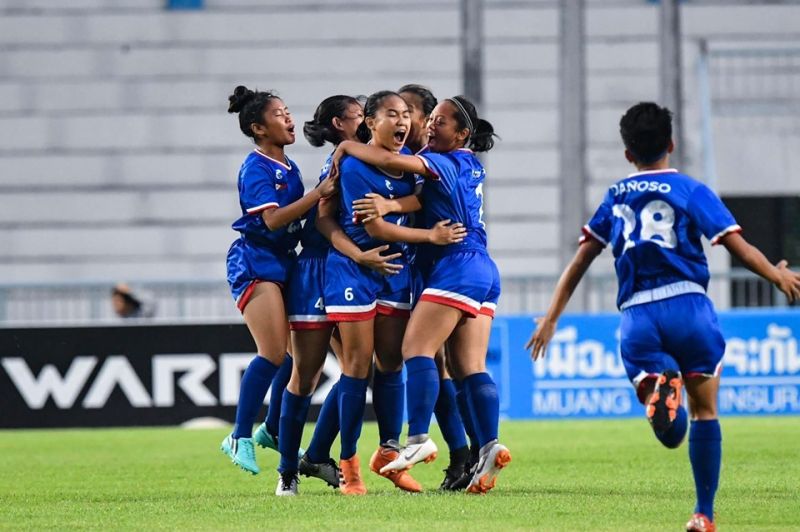 THAILAND. Players of the Philippines rejoice over their stunning 5-0 win over powerhouse Myanmar in their group A game held Sunday, May 12, in the ongoing Asean Football Federation (AFF) U15 Girls Championship 2019 at the Gymnastics Institute Chonburi Campus, Thailand. Philippines won this one, 5-0. (Photo from FA Thailand Facebook page)

"Kaya ra ang third game versus Timor Leste (We can manage the third game against Timor Leste)," Delos Reyes said in a Facebook interview with SunStar Davao. But she also said that they need to beat Timor Leste in a huge margin if Myanmar wins against Vietnam.

Unbeaten Vietnam, which defeated Philippines, 2-0, May 10, currently tops group A with six points following two straight wins, while Myanmar and Philippines shared the second and third spots with identical three points and Timor Leste was at the cellar. Indonesia, the supposed fifth team in group A, backed out from the tournament.

The top two teams in each group will advance to the semifinals.

In the game against Myanmar, Delos Reyes told AFFPresse, "I was very happy with their performance today. They applied all the training and drills that we had. I have high hopes in the next round."

She was confident the girls will bounce back after the first game loss to Vietnam.

She posted on her Facebook, "Great win! Proud of our girls who played well until the final whistle! Thank you for the cheers back home and most esp to all the parents who shout their lungs out and cheered for us."

The Filipinos earlier scouted Myanmar and checked out the latter's strengths and weaknesses.

Astrid Ignacio, who was injured during the match against Vietnam, was replaced by Jonalyn Lucban during the game against Myanmar.

The country's girls U15 was selected from a pool of 30 players who joined the training camp at the Philippine Football Federation National Training Center in Carmona, Cavite. Of the 30, 22 players came from different Festival of Football events held in Luzon, Visayas and Mindanao.

Cielo Camangyan is the lone player from Davao City in the team while another Mindanaoan Bianca Ellaine Sy is from Dipolog City.