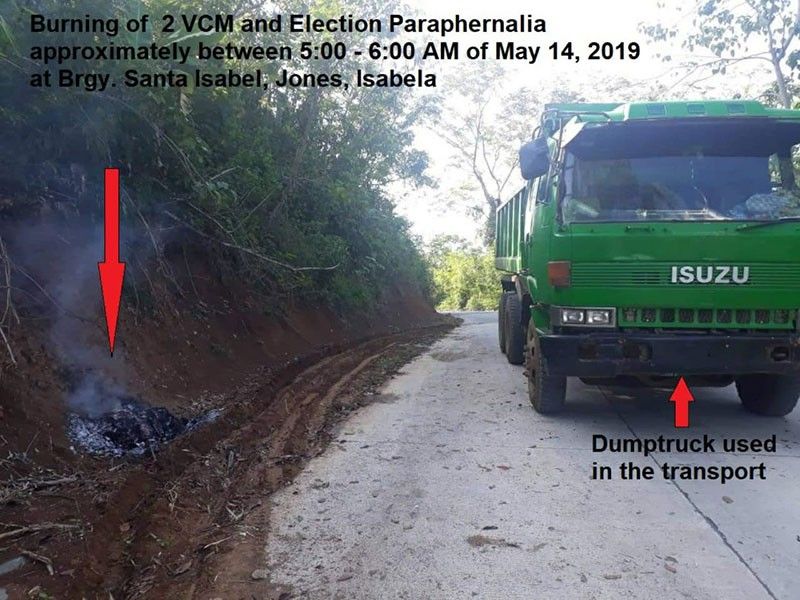 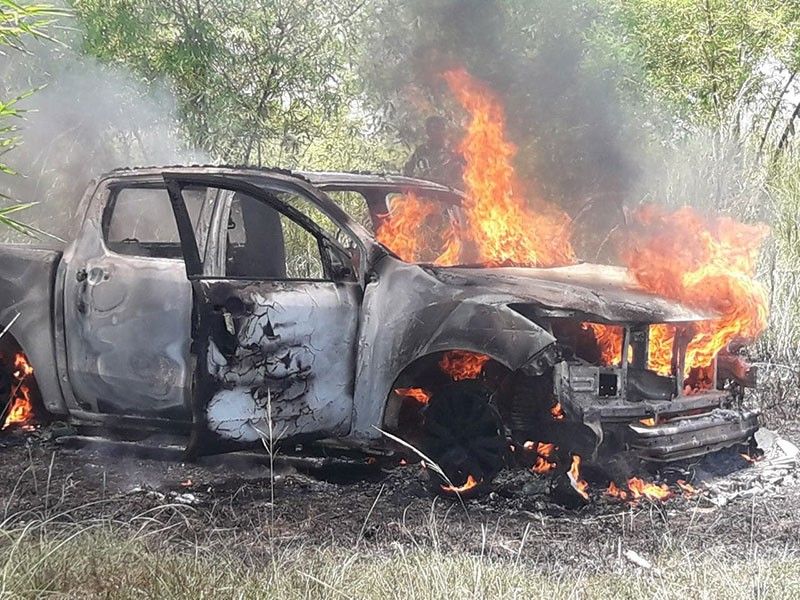 ISABELA. Authorities found the getaway vehicle used by the armed men who torched the VCMs. The vehicle was torched as well. (Photo by Cagayan Valley Police) 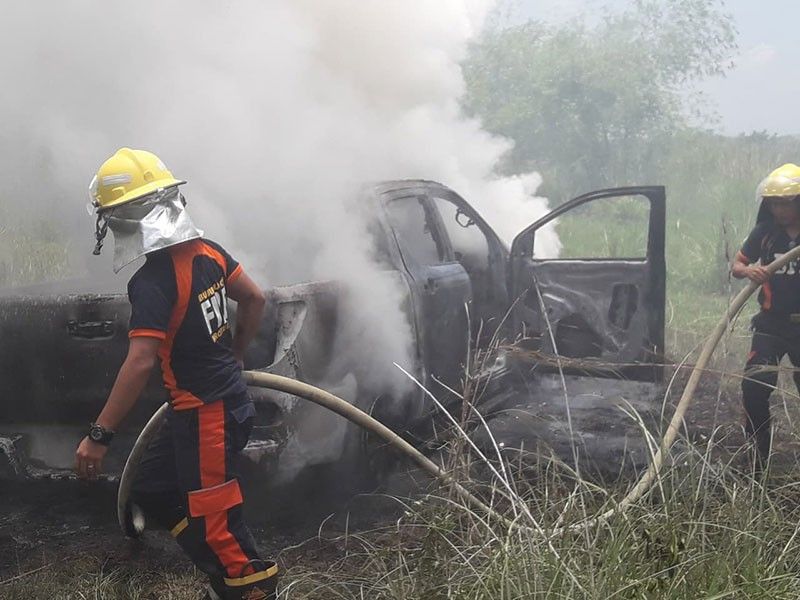 ISABELA. Authorities found the getaway vehicle used by the armed men who torched the VCMs. The vehicle was torched as well. (Photo by Cagayan Valley Photo)

Jones, Isabela election officer Darius Perdines said the VCMs were inside a dump truck and were to be brought to the municipal hall from Barangay Dicamay I and II around 6 a.m. on Tuesday when the two men intercepted the truck.

Perdines said the suspects took the truck’s keys and burned down the VCMs before fleeing.

The two barangays were the only areas in Isabela that failed to transmit the election returns due to poor telecommunications signal since Monday night.

Jones town is among the election hotspots placed under Category Red due to intense political rivalry. It has 42 barangays with over 30,000 registered voters.

Voting for the midterm National and Local Elections, which was marred by complaints of defective VCMs and massive vote-buying, ended at 6 p.m. Monday night.

Meanwhile, PNP chief Oscar Albayalde assured that the incident will not affect the canvassing of votes as vote counts from the said VCMs have already been recorded.

He said their investigation will focus on why the members of the Board of Election Inspectors (BEIs) were allowed to travel without any security escort from the police or the military.

“What we are trying to investigate kung bakit pinabayaan ‘yung mga election boards na bumyahe on their own. Bakit nagpilit ang mga teachers na bumaba on their own where in fact usapan kapag umalis mga teachers from the polling centers going to the treasurer's office they should be escorted by our law enforcers or security forces in the area,” he said.

Another report from the Police Regional Office Cagayan Valley said authorities found a burning white sports utility vehicle that was allegedly used by the men who torched the VCMs in an abandoned area in Barangay Quezon, San Isidro in Isabela around 12:10 p.m. on May 14.

According to the account of a witness, the four attackers used two motorcycles to flee towards Santiago City. (SunStar Philippines)