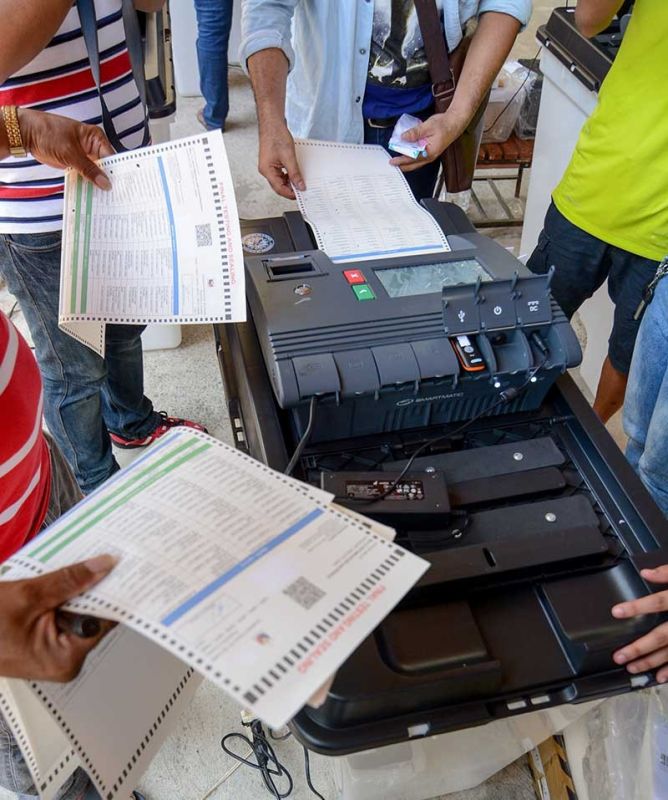 UNLIKE in previous elections, the Random Manual Audit (RMA) of the May 2019 midterm National and Local Elections will be held in Manila beginning Wednesday, May 15.

According to Commission on Elections (Comelec) RMA Committee head Luie Guia, all ballot boxes from clustered precincts randomly selected for the audit shall be brought to Manila.

"In 2016, because of the problems, logistical issues that came with earlier process na ginawa sa munisipyo," said Guia.

"For 2019, we will all be bringing the ballot boxes in Manila. All the 715 precincts. So centralized ang audit sa isang location," he added.

Last Monday, May 13, the RMA Committee held the random selection of cities and municipalities to be involved in the auditing.

The committee held the following day, May 14, the random selection of the clustered precincts from the chosen cities and municipalities.

Guia said everything has been set for the mandatory RMA Wednesday.

"The audit will start May 15. The auditors shall be public school teachers that had their training two weeks ago," he added.

Guia said they also decided to continue having an RMA that is more than what is required by law.

According to Guia, the RMA is not an audit of the results of electoral contests, be it local or national level.

"It is an audit of the accuracy of the machines. Any problem with the results, the remedy will always be the election protest," he explained.

"In the RMA, we will look at whether there is systemic error or irregularities embedded in the system. That is the principle and concept of RMA," Guia added.

To recall, the National Movement for Free Elections (Namfrel) was previously slated as the lead convenor of the RMA Committee until the former backed out from its accreditation.

The Legal Network for Truthful Elections (Lente) has since replaced Namfrel as lead convenor of the RMA Committee.

Voting for this year's midterm National and Local Elections was held from 6 a.m. to 6 p.m. on Monday, May 13.

Massive vote-buying and defective vote-counting machines (VCMs) were the leading reasons cited for delays in voting in several precincts nationwide.

Comelec spokesperson James Jimenez earlier said 400 to 600 VCMs out of the 85,000 deployed nationwide were found to be defective while about 500 of the 43,000 Secure Digital (SD) cards were faulty. (HDT/SunStar Philippines)