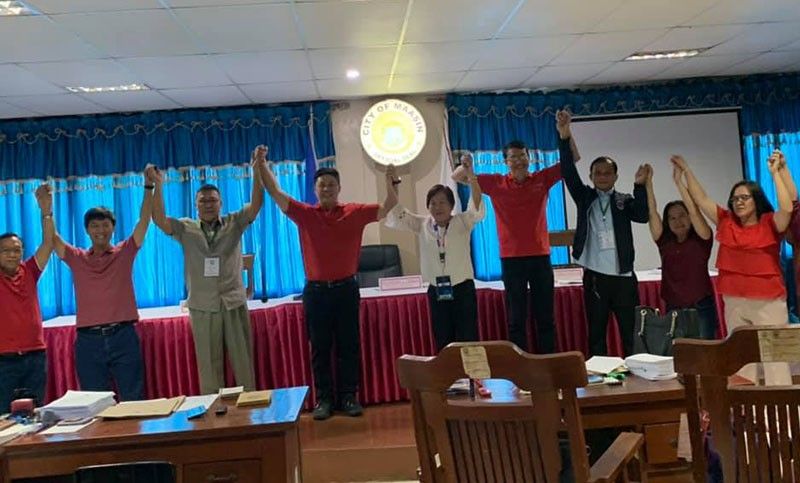 INCUMBENT Maasin City Mayor Nacional “Nikko” Mercado and his entire slate were given fresh mandates after a landslide win in the May 13 elections.

Mercado, Vice Mayor Maloney Samaco and their councilors were proclaimed Tuesday morning, May 14, by the Commission on Elections (Comelec), after defeating former Southern Leyte governor Rosette Lerias and party in the recently concluded elections.

Mercado thanked his constituents “for the trust and support” while vowing to continue the projects and program which he started.

“In less than three years, Maasin City had shown significant improvements and developments. Humility aside, under my administration our city has been recipient of various awards and recognitions from different agencies for transparency, exemplary leadership and good governance,” said the 36-year-old Mercado.

Maasin is also known as the Hall of Famer for the Red Orchid Award for implementing the 100-percent tobacco-free environment.