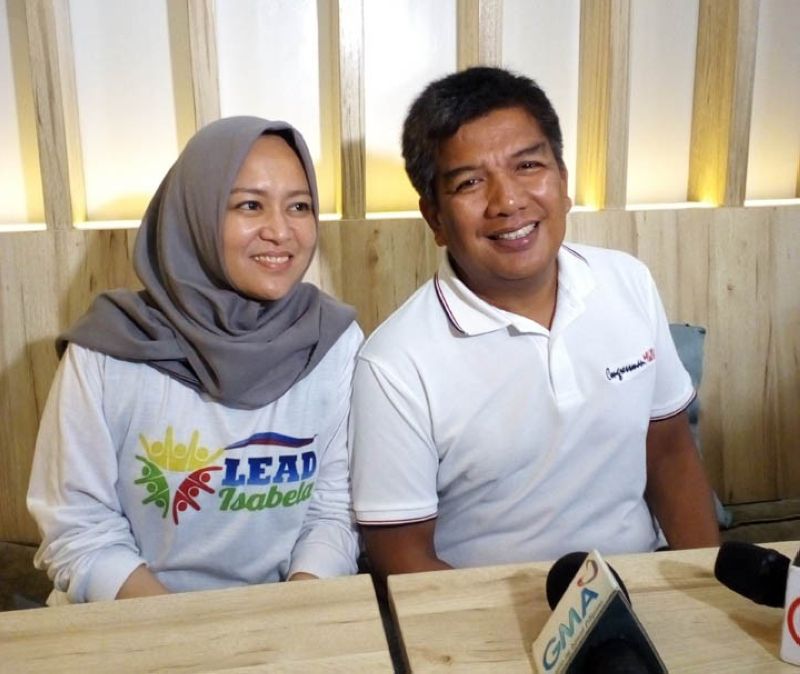 ZAMBOANGA. Former Autonomous Region in Muslim Mindanao Governor Mujiv Hataman and his wife, Sitti Djalia, are leading in the congressional race in Basilan and mayoralty contest in Isabela City, respectively, in the 2019 mid-term elections. (Bong Garcia)

FORMER Autonomous Region in Muslim Mindanao Governor Mujiv Hataman, his wife, Sitti Djalia, and brother, incumbent Basilan Governor Hadjiman Hataman-Salliman are ahead against their respective opponents in the May 13 mid-term elections.

Mujiv, based on unofficial results garnered 108,347 votes as against the 26,188 votes of his opponent, Omar Akbar.

His wife, Sitti Djalia, is also leading in the mayoralty race in Isabela City, the capital of Basilan province.

Alfiya, who is currently a member of the Basilan provincial board, is the daughter of the late Wahab and Jum Akbar, who have served as Basilan governor and congresspersons.

Omar is a cousin of Alfiya while Cherrylyn is the second wife of the late Wahab.

Meanwhile, Mujiv on Tuesday, May 14, vowed to remain firm in his anti-political dynasty advocacy once he will officially assume as the representative of the lone district of Basilan at the House of Representatives.

Mujiv said he supports and has co-sponsored the anti-dynasty bill ever since he was the Anak Mindanao (Amin) partylist congressman.

“We filed our candidacy not being an Hataman. We ran to provide option to the electorates whom to vote,” Mujiv said.

Mujiv said he supports the anti-political dynasty since “we did not come from a political family.”

He said they started serving the public as “social workers” providing assistance to displaced families as members of the Moro Human Rights Group, a non-government organization.