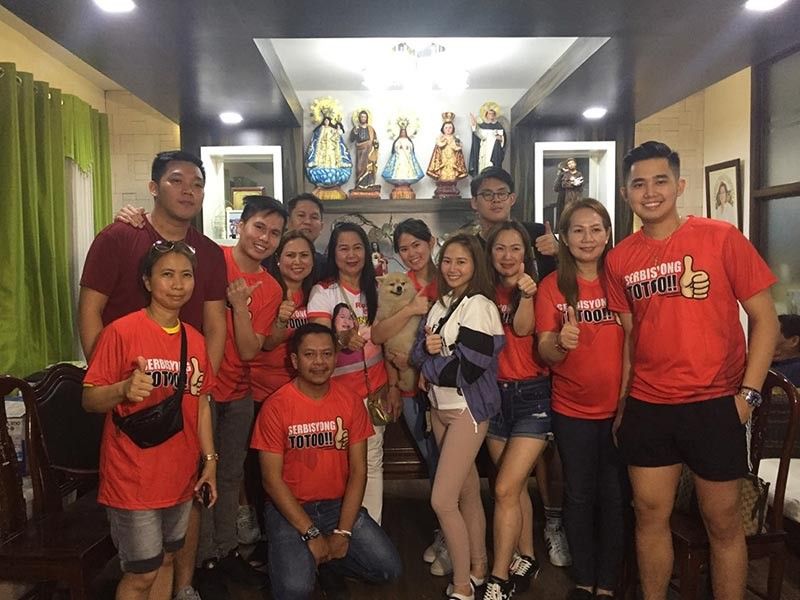 PAMPANGA. Sto. Tomas’ first woman Mayor-elect Gloria “Ninang” Ronquillo together with her children and family flash the “Serbisyong Totoo”, sign as they await her official proclamation as winner in the mayoralty race. (Princess Clea Arcellaz) 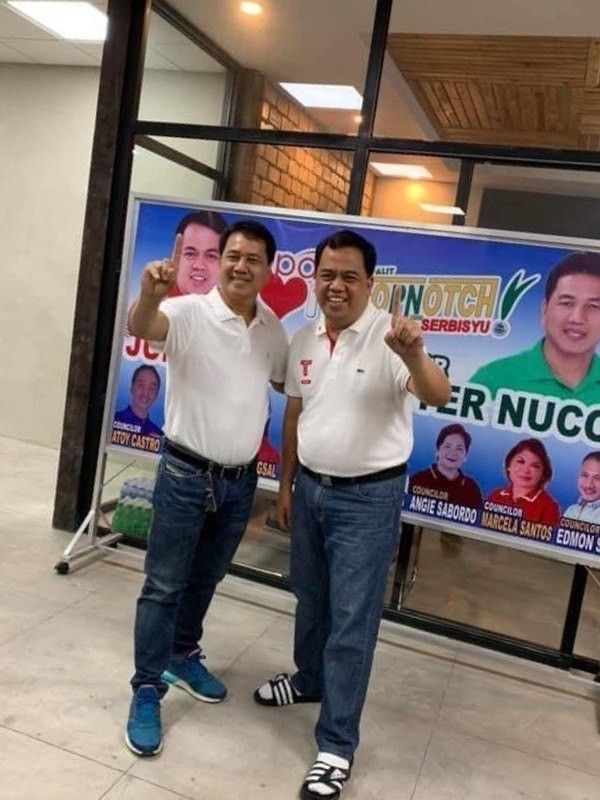 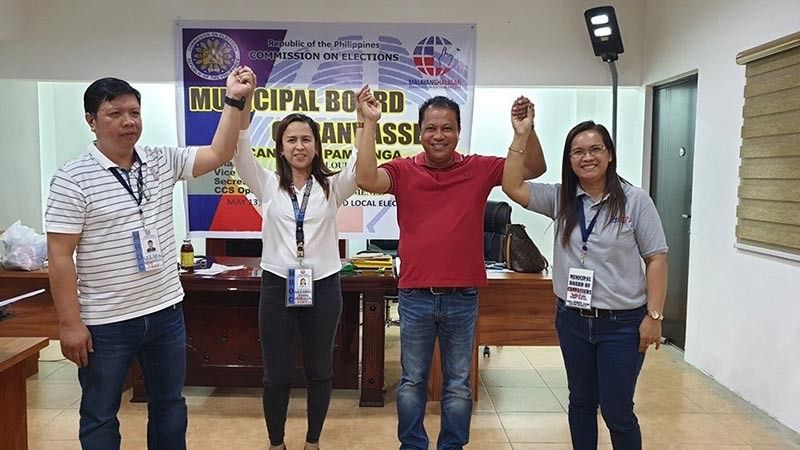 PAMPANGA. Former Candaba Mayor Rene Maglanque is officially proclaimed by the Municipal Board of Canvassers as the new mayor of said town. (Princess Clea Arcellaz)

In Porac town, independent candidates delivered decisive blows to veteran politicians. Independent candidate Jing Capil is the likely victor in the mayoralty race with 24,945 votes, with Dexter David only managing 18,181 votes and former governor Mark Lapid lagging at third place with 9,589 votes, according to unofficial results aggregated from Commssion on Elections (Comelec) data as of 5:20 a.m. Tuesday, May 14, and from 100 percent of Election Returns in the said town.

Meanwhile, former San Simon Mayor Digos Canlas won’t be making a comeback just yet as newcomer JP Punzalan was able to deliver a slim lead against the veteran politician. Punzalan garnered some 15,324 against Digos’ 15,180 votes.

In Sto. Tomas, incumbent Vice Mayor Gloria “Ninang” Ronquillo made history after being elected as the town’s first lady mayor.

The Commission on Elections (Comelec) officially proclaimed Ronquillo as the winner in the mayoralty race after getting 11,308 votes against opponent incumbent Mayor Johnny Sambo’s 11,137 votes.

Ronquillo, who was accompanied by husband former Mayor Romeo “Ninong” Ronquillo and their children during the proclamation, expressed gratitude to her fellow Tomasians who supported her during the campaign period.

As the first lady mayor, Ronquillo said she will be implementing programs that will benefit Tomasian women including livelihood programs for unemployed women, and providing trainings and starting capitals for stay-at-home moms.

She added that she will also be increasing scholarship grants for indigent but deserving students, as well as the social pension for senior citizens which will be delivered to their respective homes.

Meanwhile, Ronquillo assured her fellow newly-elected officials that she will foster unity as the new leader of their town.

Meanwhile, incumbent Bacolor Vice Mayor Eduardo “Diman” Datu is stepping up from his current post after being elected as the new local chief executive.

Expressing his gratitude to his constituents, Datu vowed to implement programs that will boost the education, tourism, livelihood, culture and arts and the overall economy of this once-lahar ravaged municipality.

He also enjoined fellow newly elected officials to be united and work hand-in-hand for the development of their town and their people, especially the youth.

Maglanque, along with re-elected Vice Mayor Michael Sagum and winning councilors, were formally proclaimed by the Comelec around 4 a.m. Tuesday after all election results were transmitted.

Based on the official results from Comelec, Maglanque garnered 28,306 winning votes while incumbent Mayor Danilo Baylon came second with 27,160 and Architect Andy Gulapa with 3,056.

Maglanque expressed gratitude to Candabeños, especially to those who supported him throughout his crusade, for trusting him anew to lead their municipality to further development.

For his first 100 days, Maglanque said he will prioritize the rehabilitation of the community hospital which he constructed during his term, and prepare necessary documents for his planned construction of a public tertiary school.

He also vowed to revive the five-year development plan he formulated back in 2017 which would include construction of several infrastructure projects, implementation of social programs, especially for the youth, senior citizens, farmers, and marginalized sectors.

Maglanque, meanwhile, urged his fellow newly-elected officials to leave all the differences behind and be united in achieving the common goal of developing their municipality.

In Apalit, the tandem of former Mayor Oscar “Jun” Tetangco, Jr. and Mayor Peter Nucom has secured the top positions in this town after they were officially elected as mayor and vice-mayor, respectively.

Tetangco garnered the highest votes in the mayoralty race with 22,864 followed by Augusto “Gus” Manlapaz with 20,119 and certain Gas Manlapaz with 1,079.

Nucom, meanwhile, secured a landslide win in the vice-mayoralty race with 27,776 winning votes while Nelson Manuel came far second with 10,151 and Doc J Torres with 1,079 votes.

Tetangco and Nucom’s win mirrored their earlier leadership in this town as they have held same positions simultaneously for three consecutive terms back in 2007 to 2016.

Tetangco said their tandem’s re-election signaled the continuous and unhampered development programs they will be lining-up during their terms.

Nucom, for his part, expressed gratitude to Apaliteños for giving him “overwhelming” votes despite having two opponents.