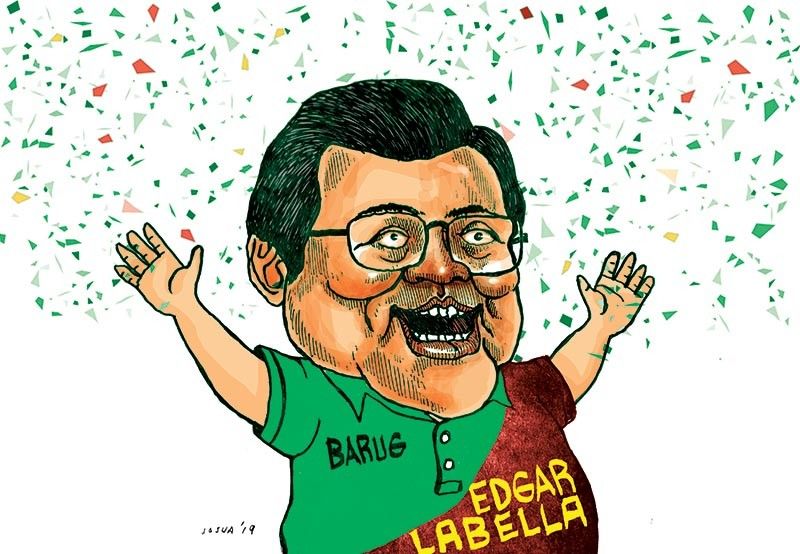 MAYOR-elect Edgar Labella took the underdog tack in his final statement during the Integrated Bar of the Philippines-organized debate with Cebu City Mayor Tomas Osmeña.

There was the candidate, second wheel to Osmeña and then mayor Michael Rama for a good number of years, asking the Cebuanos for a chance to serve them as mayor. In the same breath, he said that politics is a “journey,” alliances shift, coming full circle often. He’d be willing to work with Osmeña, especially on matters concerning the South Road Properties, he said. He promised a conciliatory administration that can work across parties.

In another interview, he said he fully understands the importance of check and balance in government, although not to the point of obstructionism.

Labella said he would be laying down his administration’s agenda, flagship projects for the next three years, as is customary in every fresh term. To recall, in the Barug-PDP Laban miting di avance last May 8, Labella said President Rodrigo Duterte promised to implement two major projects: the Light Rail Transit and a low-cost housing for Cebu City.

Labella will have to demonstrate as well, for contrast, a better working relationship with the city police. We do hope that, as a lawyer and as the city’s new father, Labella will be the first one to cry foul should there be any transgressions and excesses that the police will commit in the process of curbing crime.

Osmeña said the city’s problems are problems related to “growth.” And we agree no less. What is there to improve but the City’s foresight in addressing the delivery of basic services to a city undergoing unprecedented growth. Progress, it seemed, dumped all its unwanted edges on the city: traffic, flooding, garbage, to name a few.

Labella inherits a City with that heap of problems. But this is his one big break to prove that it was all worth it to sweep him into official seat. He shall have his three years. Best of luck, mayor.