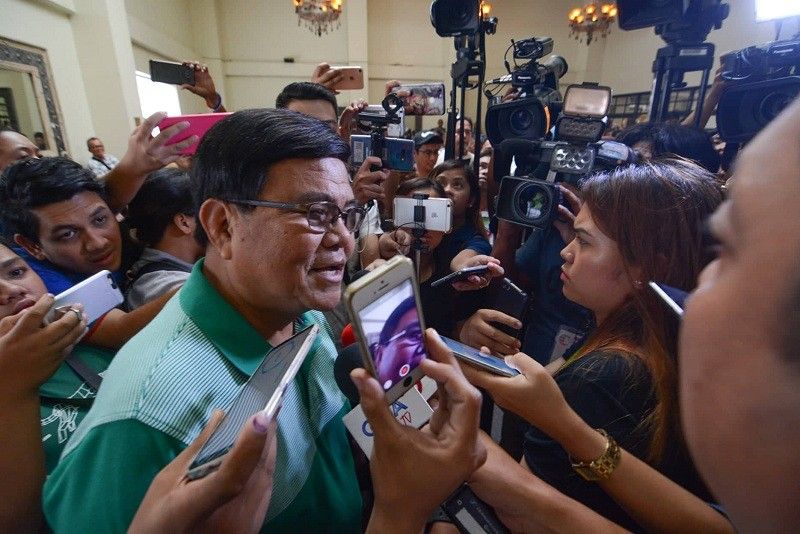 A DAY after the May 13 midterm elections, most of the victorious politicians, including the mayors-elect of the cities of Cebu and Lapu-Lapu, offered peace to their nemeses.

The mayoral race in Cebu City was won by Vice Mayor Edgardo Labella, who defeated his former ally and re-electionist Mayor Tomas Osmeña.

Labella said he will continue his campaign mantra, “Uban ta sa kausaban (Let's get together for change), in his administration. It means embracing the barangay captains and other officials who are allies with Osmeña.

He plans to give back the City Hall-purchased vehicles to the barangays through a deed of donation, so these could not be easily taken back.

After winning the mayoral race in 2016, Osmeña took back the vehicles issued to the barangays whose leaders were not his allies in Bando Osmeña Pundok Kauswagan (BOPK).

For his part, Labella said all the vehicles, including the ambulances, should be given to all barangays regardless of political affiliation.

"Kon dili na nato ihatag, dili ang kapitan ang maapektohan, kon dili ang katawhan man nga giserbisyohan (If we will not give it back, the village chief will not be affected, but the residents whom we are serving)," he said.

He will ask the City Council, which is still dominated by BOPK councilors, to help him realize his plan.

In Lapu-Lapu City, Pajo Barangay Captain Junard “Ahong” Chan could not believe his victory over the veteran Arturo “Boy” Radaza of Team Deretso.

Chan said he is ready to reconcile with the Radazas. He is also hopeful that the Team Deretso-dominated council will cooperate with his tenure as mayor.

"My style of leadership is that I am transparent to my colleagues who were also elected. I believe that they will serve with all honesty because they were chosen by the electorate. If they will not support me, I will report them to Oponganons," he said in mixed English and Cebuano.

Radaza's wife and outgoing mayor, Paz, was elected to represent the lone district in the LowerHouse. She got 76,645 votes, but her closest rival Eugene Espidido only got 62,784.

For her part, Paz said she could not believe that Chan’s group defeated her group in her own polling precinct and barangay. She claimed 28 of the 30 barangays supported Team Deretso.

“We did not expect this kind of result because our teamwork was there. We always campaign together,” Paz said in Cebuano.

The legislator, who engineered the city’s transformation into a lone congressional district, received 101,641 votes, while the outgoing mayor got 58,842.

Cortes did not tell the reporters that he is open to reconciliation with Quisumbing, who was his former political ally when they were still with the Liberal Party in the 2013 elections.

Cortes said the Quisumbing administration’s coup de grace was its alleged vindictiveness against some businesses in the city, closing down those who reportedly violated rules without giving due process.

He said the other factor that contributed to Quisumbing’s defeat was that he got the support of outgoing mayor’s grandfather, Norberto Quisumbing Jr.

"In closing down a business, it is not only the business who gets affected. What about the workers? This alone brought huge damage to the current administration," he said.

Cortes said he will make the city business friendly again.

“The city depends on businesspersons; they are the backbone of our economy. We will try that there will be a participatory-type of governance,” he said.

In a press statement, Quisumbing thanked his supporters.

“I wish the newly elected officials the best, and I fervently hope that they will put Mandaue City above themselves and bring the City to greater heights along with its people whom they have sworn to serve,” he said.