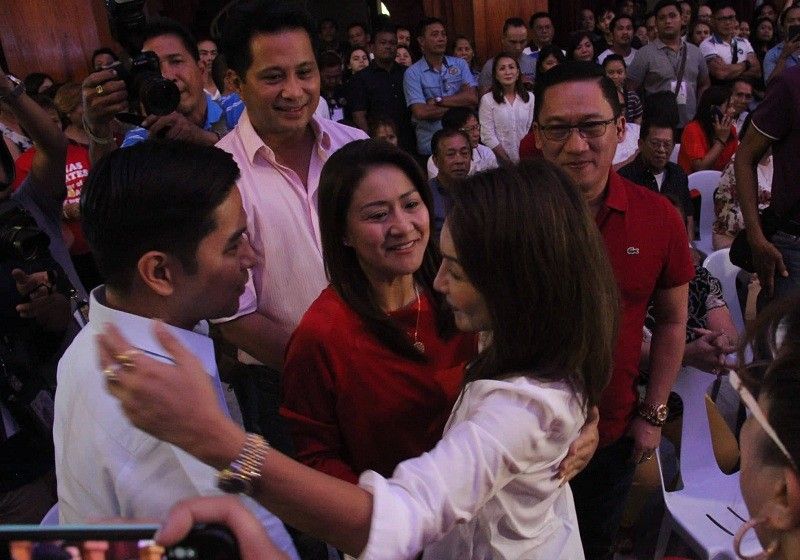 ALL is fair in love and war as some families and clans triumphed over others in the midterm elections.

But while Red may have failed to secure his post, his father and brother were able to keep their seats in Danao City.

The two are from opposing parties as Froilan banners the Bakud party of the Duranos, while Felijur recently joined the Garcia-led One Cebu party.

In Poro, the uncle-and-nephew tandem of incumbent mayor Luciano Rama Jr. and Edgar emerged victorious after they won the vice mayoralty and mayoral races.

The Arquillano brothers also won the top posts in the northern town of San Francisco based on final and official results.

In Aloguinsan, Mayor Cesare Ignatius Moreno won his bid for reelection, while his sister Raisa, was elected vice mayor.

In Daanbantayan, incumbent fourth district Provincial Board (PB) Member Sun Shimura was elected town mayor, while his wife Kerrie, will be taking over his seat in the PB.

In the midwestern town of Dumanjug, suspended Mayor Efren Guntrano Gica won his bid for reelection, while his brother and running mate, Erwin, won in the vice mayoralty race.

In Talisay City, Rep. Gerald Anthony “Samsam” Gullas (Cebu, 1st) will replace his grandfather, Mayor Eduardo Gullas. The elder Gullas, on the other hand, will take over his grandson as congressman.

In the City of Naga, Mayor Kristine Vanessa Chiong was elected vice mayor, while her father, Valdemar Chiong will take over the city’s top post.

The husband-and-wife tandem of incumbent Sibonga Mayor Caroline Bacaltos and husband Lionel, also came victorious after they were elected councilor and mayor.

Their brother, Alfie, was also elected as town councilor in Consolacion.

Some clans, though, failed to secure their electoral bids.

Cebu City Mayor Tomas Osmeña did not succeed in his reelection bid, while his brother Serge, also did not make it to the top 12 list of senators based on partial and unofficial tally as of Tuesday night.

Gwen's other younger brother, Nelson, was also unsuccessful in his bid for seventh district congressman.