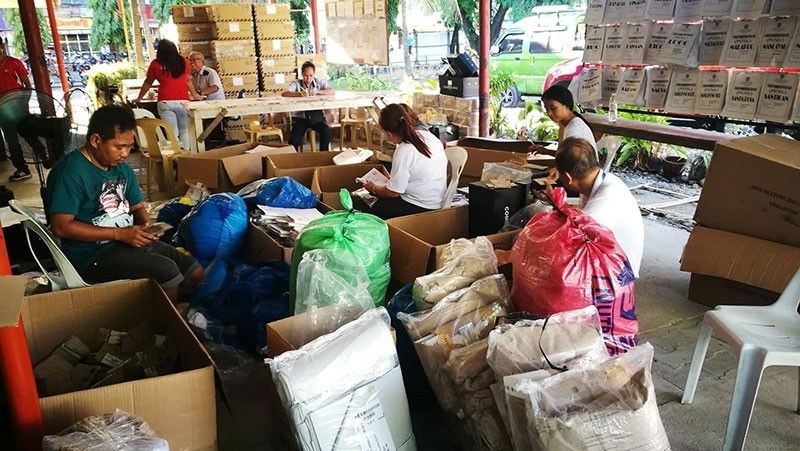 CEBU. Voting for the midterm National and Local Elections ended at 6 p.m., Monday, May 13. About 40 hours later, nearly 2,000 election returns still have to be transmitted through the Comelec Transparency Server, according to the election watchdog Namfrel. (Photo by SunStar Cebu)

NEARLY 2,000 election returns (ER) with about a million votes, assuming a 75 percent voter turnout, have not been transmitted through the Comelec Transparency Server as of Wednesday morning, May 15.

Election watchdog National Citizens' Movement for Free Elections (Namfrel) said the unaccounted number of votes is large enough to reorder the positions in the senatorial race, especially the 10th to 14th ranks.

As of 10:16 a.m. Wednesday, Namfrel said in a statement that the results in the partial and unofficial senatorial count in the Commission on Elections (Comelec) Transparency Server covered 97.75 percent or 83,842 of the local ERs from across the country.

"The delay in the transmission of ERs could be due to vote-counting machine (VCM) malfunction, Secure Digital (SD) card issues, transmission issues, or other factors," Namfrel said.

"Comelec municipal and provincial election officers should exert all efforts to transmit unreported ERs to reduce the 2.25 percent untransmitted ERs because the numbers are critical in the senatorial contest where the figures among those in Numbers 10 to 14 positions are very close," the watchdog added.

Explaining how the 1,043,221 votes was derived, Namfrel said it divided the Total Number of Voters nationwide 61,843,750 by Total Number of Clustered Precincts 85,769 equals 721 average number of voters per clustered precinct.

"Comelec has repeatedly stated that these missing ERs were eventually “aggregated” in the final count although the process of aggregation was not opened to the public," Namfrel said.

"In this election however, not only should the 2.25 percent untransmitted rate be reduced to the lowest level possible, but Comelec should also open the aggregation procedure to the political parties, election monitoring bodies and to the general public. Every vote counts," it added. (SunStar Philippines from PR)