Comelec braces for protests amid calls for probe on fraud 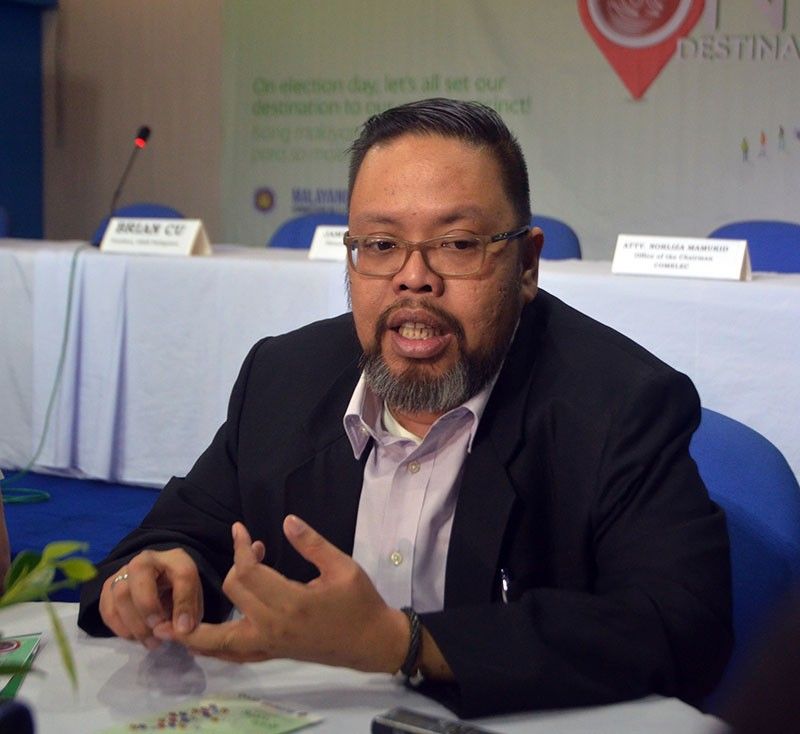 GIVEN the glitches experienced during the midterm elections on Monday, May 13, the Commission on Elections (Comelec) said it is preparing to receive a high number of electoral protests in the coming days.

In an interview, Comelec spokesperson James Jimenez said they were prepared to handle such electoral protests.

"Surely there will be protests just as in the past. That's a certainty. We have no problem on that. Those will be handled by proper courts. But they cannot stop proclamation," said Jimenez.

He said the Comelec expects the proclamation of winners to proceed amid allegations of massive vote-buying and fraud.

An official of the Catholic bishops' social action arm, National Secretariat for Social Action (Nassa), on Wednesday, May 15, called for the suspension of the proclamation of winning candidates.

Nassa executive secretary Fr. Edwin Gariquez said there should be no proclamation of winners until the allegedly fraud-tainted results have been validated.

"We are calling to suspend the proclamation of winning senatorial candidates until the issue of fraud is resolved," said Gariguez.

"We demand for an independent and impartial investigation of the alleged fraud and manipulation of automated canvassing by the Comelec and Smartmatic," he added.

Jimenez rejected this, saying there is no reason to postpone the proclamation of winners.

"They can make a call if they want. That's their right. But in terms of the likelihood, it's unlikely that anything will be suspended on the basis of their unsubstantiated allegations," he said.

He warned that postponing proclamation due to allegations of fraud may open the floodgates for anyone to make unfounded claims of irregularities in a bid to prevent winners from being proclaimed.

"If an allegation of fraud were enough to suspend a proclamation, then there would never be any proclamation. Because if I were losing, all I’d have to do is allege fraud and everything comes to a standstill. Its not conducive to an orderly elections," said Jimenez.

Those with the highest reported proclamations are in the Cordillera Administrative Region with 71, followed by 61 in the Ilocos Region, and 56 in Eastern Visayas.

Also having proclaimed winners in local posts are Calabarzon with 37; Cagayan Valley with 36; Mimaropa with 35; Soccsksargen with 27; Central Luzon with 24; and Davao Region with 19.

Eight other regions have yet to report proclamation of winners at the city/municipal level.

At the national level, Jimenez said they expect the National Board of Canvassers to finish the job within the week.

"But as to the formal proclamation, it is not within this week probably because we still have to send out invites," said Jimenez. (HDT/SunStar Philippines)