Top Grandmasters in PH to meet in Oro 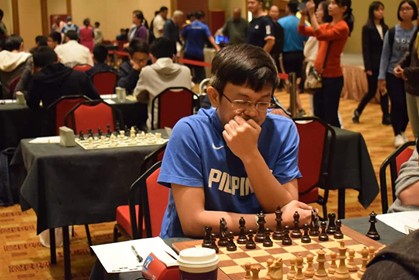 CAGAYAN DE ORO. GM Darwin Laylo, the first among the top guns who signified his participation in the biggest chess event to unfold this year in Cagayan de Oro. (Contributed Photo)

THE country's top chess players such as Grandmasters Eugene Torre, Joey Antonio and Darwin Laylo are expected to lead their respective teams in the cash-rich 2nd Robert Tan Memorial Cup to be slated on June 29-30 at the Limketkai Mall in Cagayan de Oro City.

With a whopping P100,000 take home for the champion in team tourney and P30,000 top purse in the individual event, the FIDE-rated tourney is guaranteed to be a sure-fire hit.