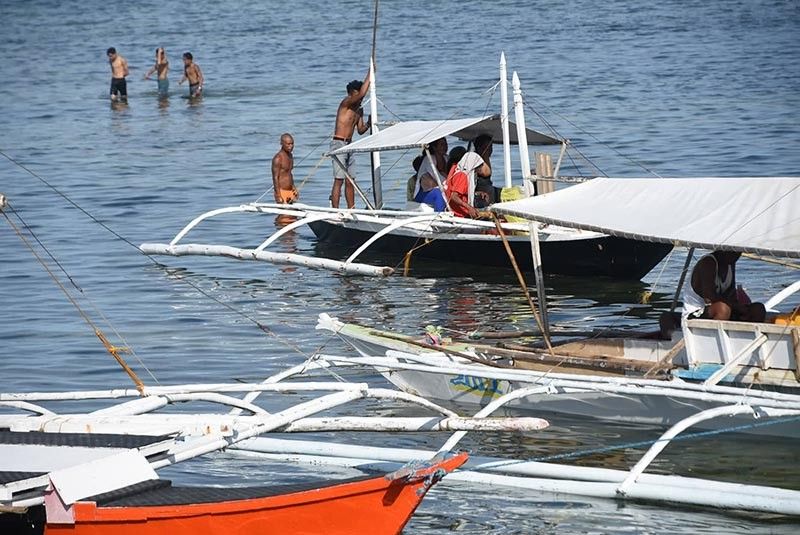 TAKE CARE OF THE TOURISTS. The Lapu-Lapu City Disaster Risk and Reduction Management Office is asking boatmen to make sure they don’t bring tourists to go swimming in areas with swarms of jellyfish. (SunStar photo / Allan Cuizon)

TO PROTECT tourists from swarms of jellyfish in the waters of Mactan, the Lapu-Lapu City Disaster Risk and Reduction Management Office (LLCDRRMO) has advised boatmen to double-check the area before allowing tourists to go swimming.

Andy Berame, chief of the LLCDRRMO, told SunStar Cebu the phenomenon is natural and urged both the boatmen and tourists to do their part to avoid getting stung.

“I advise them to check the waters where they will drop the tourists off for water activities because these jellyfish would naturally come out during summer,” he said.

On the part of the tourists, Berame said they should wear rash guards that will cover their entire body to counter jellyfish stings.

Berame said the emergence of the jellyfish has affected water activities in Mactan, but not at an alarming rate.

“It affected the activities but not that much. It’s all in the hands of the boatmen to guide the tourists to an area where there is no presence of the jellyfish. These swarms of jellyfish just pass through and are not present in all the waters of Mactan,” he said.

“They should double their efforts to keep their guests safe and free from harm, especially from these swarms of jellyfish,” he added.

Mactan is home to resorts and white sand beaches that attract thousands of tourists. It is also a favorite diving and snorkeling spot.

Berame said their office has not yet received any formal complaints, yet but is checking reports from social media posts about jellyfish stings.

The Bfar issued an advisory against swimming in some parts of Mactan’s waters after swarms of jellyfish were discovered.

Facebook users reported swarms of jellyfish in waters off Barangay Marigondon and other parts of Mactan, Olango and Gilutongan. (JOB)